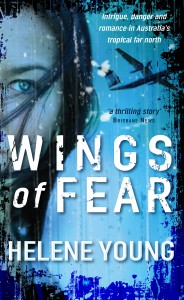 The gun coughed once in the still, humid night. Without even the breath of a cry, the young man dropped where he stood, his blood a darkening stain seeping into stark white sand that shimmered in the silver moonlight.

With an indifferent shrug, the big man next to him tucked his gun into the waistband of his cargo pants.

Too easy to kill, too easy to take another man’s life. Shouldn’t be, he shook his head, but it was. Always had been for him.

He grabbed the fallen man round the ankles, the leather gloves he wore at odds with the warmth of the night. Sweat soon seeped into his eyes, burning pinpricks that irritated him as he dragged the body along the water line, his bare feet leaving footprints to fill with the incoming tide.

Dark water swirled in deepening eddies round the deserted headland, tiny whirlpools sucking away the traces of the tide. That, he knew, was going to make it easier to hide his tracks. It took him another fifteen minutes before he was happy with the position of the body.

He wiped the trickles of perspiration off his forehead as he began the long walk back towards the streetlights. With catlike night vision he scanned the dunes and the foreshore.   Melalucas, old before civilisation built houses at their gnarled and ropey feet, reached high towards the night sky and the glistening jewel of a moon. Stringy leaves hung still and limp. The trees tremendous girths could hide a small gathering but he sensed a quiet, almost resigned calm in them. No movement anywhere. Another tidy kill and another step closer to disappearing.

Twenty minutes later, he whistled a tuneless dirge as he dumped the gloves in a rubbish bin by the public barbeques. Bins would be emptied before the body surfaced again.

Without lights to illuminate them the playground equipment stood like silent sentinels, dark guardians of the deserted sand pit. He couldn’t resist the childish urge to sit on the swing. It was a simple joy, something he’d never known as a child. Something he indulged in as an adult, but only when no one was looking. It made him smile with unfamiliar delight, a hidden, forbidden pleasure.

In the gloom of the night, the swing flew higher and higher with each rhythmic push of his legs until he was almost horizontal, the metal brackets squeaking with each pass.

At the very peak, the chain grabbed, the swing jerked. The gun dropped out of his pants spinning away into the dirt and he swore, using his feet to break his speed.

“Shit,” he muttered to himself. Careless. He fingered the scratches on the snub-nosed weapon. Bloody barrel would be damaged as well now. The ammunition clip slid in and out easily enough but he had to get rid of it anyway, he supposed, it had a history.

His four-wheel drive was parked in the shadows and he fumbled a touch getting the key in the ignition. After the rush of adrenalin that always went with a kill, the lethargy of the long night slowed him down. A lot more to do still tonight before he could hit the sack, he reminded himself, forcing the fog of tiredness from his brain.

With his seatbelt fastened he drove along the esplanade at a sedate pace. No point in drawing any attention to himself or the vehicle. Bad enough he had to risk leaving the body unburied.

Still, now was not the time for a mutiny and the troops were getting restless. Death was a galvanising motivator – someone else’s death anyway.

The humidity wrapped warm wet tentacles round Morgan’s lungs, squeezing the air from them as she opened her front gate. The hiss of automatic sprinklers and the haunting call of a lone curlew were the only other sounds so early in the morning. She paused for a moment looking eastward to the early glimmer of sunrise low on the horizon. Dawn on a beautiful day in Trinity Beach, the start of another languid, hot summer.

‘Sam, Sam,’ she hissed over her neighbours’ fence, her voice pitched low. The scurrying of claws on tiles brought a quick grin to her face. Sam would be sliding as he rounded the corner, scrabbling for purchase on the floor and about now, he’d crash into the gate. The fence shook under the impact and a rapturous dog leapt at her as she eased

‘Morning to you too, big fella. Make enough noise or what?’ She scratched the floppy ears, her hands sinking into the red fur, the dog’s nose nudging her waist. ‘Come on.’ She gave him a final pat and straightened her shoulders as she jogged down the hill. Sam barely broke into a trot to keep pace with her.

A defensive curlew, its mottled brown feathers ruffled in outrage, flew at them wings spread wide, as they rounded the corner. Like a beautiful Egyptian hieroglyph the bird’s eyes were outlined in a sharp black border, elongating its already elegant head. Its hissing, spitting defiance made Morgan smile with admiration. The parent bird would have stashed its chick away from danger before it launched itself at the intruder. It stood its ground. Sam dismissed it with a sharp snort.

The sea breeze was still a couple of hundred meters off shore, a faint ripple scarring the surface. Sweat already dampened Morgan’s shirt, gluing it to her back. She waved at the caretaker out hosing the night’s rubbish away from the local snack bar, cleaning up before the breakfast crowd arrived.

‘Morning, luv. That dog’s hardly moving,’ he teased her. ‘You need to ride a

‘Love you too.’ She wrinkled her nose at him and kept moving.

‘Wish you did,’ he called after her, his grin revealing several missing teeth.

‘Ha.’ Morgan tossed her head in mock disdain, her dark ponytail swinging clear of her shoulders as she pushed the pace up just enough to make the dog break into a jog, trot, jog, trot.

The barbeque cleaner was finishing his work down at the beachfront as Sam nosed over to check out the empty rubbish bins.

‘Nothing for you there, buddy,’ he warned the dog. ‘Morning, Morgan.’

She shepherded the scrounging dog in front of her, skirting round the playground and onto the beach, drinking in the soft pinks and purples swathed across the eastern horizon like diaphanous curtains. Rain drifted down from several isolated maritime storms blurring the horizon in a shifting film.

Her footprints laid an even path across the smooth expanse of beach, swept clean by the night’s high tide. White sand, right up to the line of pig face and dune grass, was pristine, unblemished. The moon, bright against the dark western sky was just disappearing behind Saddle Mountain. Its perfect roundness signalled the highest of the month’s tide, its presence in the sky at dawn a sign that the summer equinox was close. A scattering of stars glinted against a backdrop of deepest blue.

Looking up at them Morgan wished she knew more about celestial navigation and the heavenly bodies that led the early European explorers to these harsh, unforgiving shores.

The cool of the water dropped the air temperature a degree and a zephyr of a breeze wafted over Morgan, raising a splay of goose bumps despite the heat.

She stretched her stride revelling in the morning and its promise. Back to work after a month’s holiday, back to the joy of being airbourne, back to the buzz of flying an aircraft, every machine as individual as the people who flew them.

Her passion for flying was deep in her soul. It gave her a view of the world that made all of life’s troubles seem small and insignificant.

In the air, she was Captain Morgan Pentland, a senior pilot in the Border Patrol fleet of Dash 8 aircraft. High in the vast blue, it didn’t matter where she came from or who her parents were. Nobody cared whether she came from old money, new money or no money. Up there they were a tight knit crew of brothers-in-arms, the guardians who kept Australia’s vast coastline under constant surveillance. Her mouth curved in a satisfied smile. Got to love them when you live that closely with them.

She slowed to a standstill, picking up a smooth piece of driftwood for the bounding dog.

‘Go, Sam, go.’ She flung the piece of wood out to sea, her throw straight and strong. The dog hit the tiny swell running, leaving white foam in his wake as he swam to retrieve the bobbing wood. Morgan’s thoughts were still drifting. Flying had saved her, had defined her, had given her a purpose, maybe this was as good as life got. Relationships seemed to be a touch more problematic but . . .

Sam distracted her, dropping the stick at her feet. ‘Well done, good boy. No don’t shake now. No . . .’ She squealed as the water sprayed from Sam’s thick fur covering her in cool drops.

‘Ok, big buddy, you can have a run this time.’ The stick landed fifty meters along the beach, bouncing as it sprayed fine white sand into the air. Morgan squinted, shading her eyes against the prickling glare of the sun still low on the morning horizon.

‘What’s that . . . ? What the hell . . . ?’ Fear galvanised her as she ran along the water’s edge chasing after the dog, her heart thudding against her rib cage.

‘Sam, stop. Sam,’ she yelled. ‘Stop.’ The usually obedient dog ignored her and nosed over to a large pile of clothes washing in the tiny swell. ‘Stop now. Sam.’