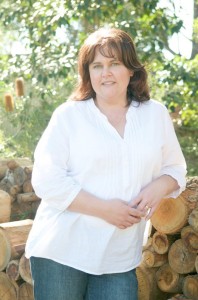 I’m very excited to be able to welcome another Australian Romantic Suspense author, Karly Blakemore-Mowle, to my blog today! Karly’s a very prolific author with three books released this year. I read her book FALLOUT a couple of months ago and loved it! OPERATION SUMMER STORM is out now with Wild Rose Press. THE CATTLEMAN’S RUNAWAY BRIDE was released earlier this year and she’s releasing SHIMMER with Allen and Unwin in April next year. What an amazing twelve months! Karly, how do you juggle all that?

I’d like to say I was some kind of writing machine—but sadly I’m not! I wrote solidly for two years before I became published and already had Operation Summer Storm, The Cattleman’s Runaway Bride and Shimmer written by the time I got a foot in the door with Fallout being published. For most of the time, it’s been a lot of waiting around between release dates and edits. I’m sure all that will change once Shimmer comes out though.

Still sounds incredibly busy to me…

I don’t think you can compare them, they have a lot of similarities, but they are two very separate identities.

E-publishing is all about instant demand. It’s very dynamic, and fast paced. It was a fantastic foundation for my writing career and I am so glad for the opportunities it’s given me.

The editing process has been the biggest difference I’ve come across with  mainstream print publishing. The detail of the first editorial report for Shimmer was massive and the editor’s comments and suggestions were just amazing. I’ve loved every single moment of the challenge, working my way through it.

Editing is certainly something that seems to differ from publisher to publisher as well. What advice can you share about those two different publishing approaches?

For a new writer, I think e-publishing can be an exciting, experience. Because they’re smaller, it allows, especially novice writers, to gain some valuable experience in publishing. You have to be prepared to do all your own promotion though, and if you are like me and love your print copies—be prepared that Australian bookstores won’t order them in themselves and you’ll need to become distributor, promoter, writer, agent and salesperson for your book! It’s been a steep learning curve, but so rewarding.

The larger print publishers intimidated me when I first started out. I think, because they are so much bigger, it was off putting. I often thought, what hope have I got with a slush pile that could take years for them to get through to my MS? I think this is where the e-pub industry has an advantage. For starters, most submissions are done via email—it’s still a three month or so wait, but I’ve had some responses come back a lot quicker than that.

My ultimate dream was always to have a print book out on my local bookstore shelf and I’m so excited that it’s now a reality! Of course, having said that, my other books are in both print and e-book form anyway, so you really can have the best of both worlds with e-publishing.

E-books are definitely a growth side of the market aren’t they!

Your books with Allen and Unwin are rural romances. Where does the inspiration for those stories come from? Are there still elements of suspense in them?

I write rural fiction because I’ve only ever lived in rural communities, and I know absolutely nothing about the city!

When I started writing Shimmer, I had no intention of it having romance or suspense. It was supposed to be a more family, woman on a journey kind of story. However, a love interest kept butting in and became so annoying that I had to include it, and then by the end of it, there was also a touch of suspense, so I guess I haven’t strayed too far from my romantic suspense roots after all! The only thing missing in these are the helicopters, car chases and Marines!

How does a day in your life run?

Usually like a three-ringed circus! With kids, I try to get up early so I can write with no interruption while the rest of the house is asleep. Then it’s just a matter of snatching ten minutes here and there throughout the day, between being at the kids beck and call and housework that never seems to end! I also have that annoying hassle of going to work, which is a necessary evil—apparently children and husbands are quite fond of food and the bills need to be paid!

That sounds all too familiar, Karly… Thanks for taking time out of your busy life to drop by and chat. All the best with your latest release!

To celebrate Karly’s latest release – details below – there’s an e-book of Operation Summer Storm up for grabs. All you need to do to go into the running is to tell us what device you use to read your favourite e-books (I’m after first hand advice here – Christmas is just around the corner 🙂 )

Tate Maddox is a wanted man, accused of a crime he didn’t commit.

Summer Sheldon holds the key to his freedom—for a price.

Her demands are simple–rescue her journalist sister from a rebel hostage camp and she’ll hand over the evidence to clear his name. There’s just one small catch. He has to take her with him. From the depths of a Cambodian jungle to the tropical paradise of the Philippines, two unlikely allies are forced to learn how to coexist or lose everything each holds dear. Together they must expose a truth that leaves them both vulnerable to the ruthless killer behind Tate’s nightmare.

Murder, blackmail, and injustice brought them together. Will Tate and Summer save Willow and restore Tate’s reputation in time, or will they pay the ultimate price for honor?