And so we come to the final instalment of Robb’s thoughts on writing.

It’s been an interesting week and I’ve loved reading other people’s take on the process. A huge thank you to Robb for giving so generously of his time and wisdom!

3-D writing is the art of surrounding readers with your story, pulling them in and making them a part of it rather than just a reader. Dialog, Description and Despair are three key facets: the three Ds of 3-D writing. The last key:

No, I’m not referring to what the writer feels as she struggles to get the dialog and description perfect or when yet another agent rejection letter appears by e-mail.

I’m talking about the characters’ emotions coming off the page and surrounding the reader in 3-D. Whether it’s despair, anger, anxiety, love, fear, euphoria, or murderous rage, getting the reader to internalize the character’s emotion is critical. Great dialog and perfect description is bland and boring without emotion. Telling the reader how the character feels doesn’t do the job.

Thousands of articles, books and blog posts have expounded on the standard writing advice of ‘show, don’t tell.’ It’s more than good advice. It’s what makes a story come off the page. It’s also often misinterpreted and repeated by some like a mantra without ever explaining what it means and when or how to use it.

Let’s visit Laurie in the pub again. Here are the two of the same examples used in the previous article on description.

Version 1: Laurie sat at the bar, depressed. She glanced occasionally toward the door. Then he walked in. He was tall, handsome and well-dressed, and caught her eye immediately.

Forget the description. Look for the emotions. They’re all there in black and white. She’s depressed. She’s expecting or anticipating something or someone, but she’s not very excited about it. When he walks in, her mood changes to interest. How do we know all this? It’s obvious: the writer told us so.

Version 2: Laurie hunched over her martini and played with the olive. She didn’t know why she bothered; no one interesting ever came in this pub. Yet each time the door opened, her eyes flicked toward the entrance. When he walked in, ducking slightly to clear the door, she sat up a little straighter. She’d never seen him around before. His perfectly tailored suit accentuated the broad shoulders and trim waist underneath. Laurie turned slightly, keeping her eyes in his general direction but trying not to be obvious. His sun-bleached hair contrasted with his surfer’s tan. A yacht. Maybe he owns a yacht. “That’s the life for me,” Laurie thought as she met his gaze full on.

Here we know she’s depressed, hoping for something but not excited, and then her mood lifts considerably. But the writer didn’t tell us that. So how do we know? The writer surrounded us with her actions, very minor ones, and her thoughts. Her mood comes off the page, especially when it subtly changes to interest.

Once more, with feeling.

1. Laurie sat at the bar, depressed.

2. Laurie hunched over her martini and played with the olive.

In the first example, the writer tells the reader she is sitting at the bar (action) and that she is depressed (emotion). In the second, the writer does not tell us this, but merely shows Laurie to us. We can see her. We can see what she’s doing. We can read her mood. We’re in the bar with her. I think I’ll have a beer and watch her a little longer. She’s kinda cute.

1. She glanced occasionally at the door.

2. No one interesting ever came in this pub, so she didn’t know why she bothered. Yet each time the door opened, her eyes flicked toward the entrance.

The writer can tell us what she is doing (glancing at the door occasionally), or he can keep us in the bar, sipping on our beer, watching Laurie as she flicks her eyes toward the entrance when someone walks in. But not only are we in the bar watching her, now we are in her head, hearing her thoughts in our minds. Neighborhood pub, the usual crowd of people we find dull and uninteresting. Wait. Laurie finds them dull and uninteresting; we’re just reading a story, remember? Too late. We’re in the scene and inside her skin.

1. He caught her eye immediately.

2. Laurie turned slightly, keeping her eyes in his general direction but trying not to be obvious.

In the first example, after the writer told us the man was tall, handsome and well-dressed, the writer proceeds to tell us the effect he had on Laurie. In the revised example, we are still in the bar watching her, and inside her head intuitively understanding what she is thinking and feeling. 3-D.

All of the second examples surround the reader with Laurie’s emotions by conveying her thoughts, her feelings, and her state of mind. They stay in Laurie’s POV rather than stopping the story to have a narrator describe what the man looks like. They pull the reader much more closely into Laurie’s POV, so close it almost feels like first person, but it remains in third person the entire time.

The second versions set the reader down at the bar next to Laurie, or pull the reader into Laurie’s head. The reader not only sees what Laurie sees, hears what Laurie thinks, but feels what Laurie feels. The writer doesn’t have to tell us. We see it, feel it, experience it first-hand.

When the man walks in, we are carried along with Laurie’s emotional swing from despair to a high state of interest. We even get a clue of her motivation. Does Laurie seem bored with her life, looking for some excitement, maybe a bit of a gold digger?

Use the three Ds to make your writing 3-D. Capture the right balance in dialog, description and despair (and all the other emotions your characters experience), and you’ll surround your readers with a few hours of entertainment.

Instead of flinging their Kindles across the room, they’ll keep coming back for more. 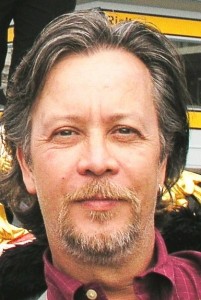 14 thoughts on “Despair – a necessary angst?”