The Greeks and the Turks are locked in bloody warfare. Eventually, the Brits, the French and the Russians will force the Turks into surrender. It’s the last time a naval battle will be fought under sail alone.  There’s plenty of action for the youngest sons of noble houses looking to make their way in the world!

Joseph Lister, the surgeon credited with the invention of antiseptics, is born.

The Theatre Royal opens in Sydney and Australia calls itself cultured. Ninety women prisoners are sent to the fledgling penal colony of Australia.

It’s also the year of the Shrigely Trial in England. Ellen Turner, an innocent fifteen-year-old heiress, is abducted by an ambitious politician who’s only after her money.   (I’d always assumed there was much poetic licence in Regency Romances, but after reading the Shrigley case I’m not so sure… )

Today we’re going to find out what was it like for women living in England in 1827. 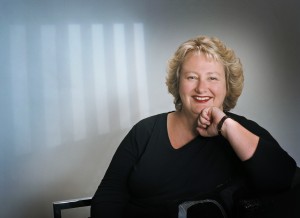 My guest today is award winning Regency writer, Anna Campbell, whose seductive luscious stories are set in this era.

Anna welcome to the blog.

Hi Helene! Thank you so much for having me as your guest today. I have to say I found your introduction completely fascinating. Would you believe I didn’t know about Ellen Turner – what a horrible story. But as you say, it makes a lot of the events in Regency novels seem considerably less far-fetched. Another really interesting case (although later) is the Tichborne Case which Marcus Clarke used in For the Term of His Natural Life. Check it out – fascinating Martin Guerre-ish/Sommersby stuff and it’s all TRUE!

Wow, that was one over-confident imposter in the Tichborne Case.

Midnight’s Wild Passion is set in 1827. Your heroine, Antonia, is 27 years old, and a companion to Cassandra.  What 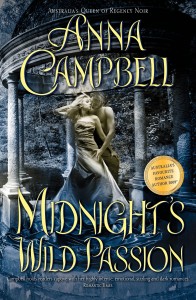 exactly is the role of a companion? Is it part governess, teacher, maid? What’s her primary task?

Oh, what a great question. Actually companions were complete dogsbodies so I suspect in practical terms, their role was whatever their mistresses told them it was. In Antonia’s case, she’s there to ensure that Cassandra’s reputation remains unsullied, so she’s mainly a chaperone. Cassandra’s father is away a lot so back home in Somerset, Antonia is an older, responsible adult living in the house in loco parentis. In London, her role is to ensure Cassie doesn’t get into any scrapes with disreputable men (or reputable men for that matter – scrapes could be death to a girl’s hopes of a good marriage) like the wicked Marquess of Ranelaw. Companions were usually gentlewomen fallen on hard times – impecunious ladies of good birth or clergymen’s daughters or poor relations. It must have been a very lonely role, especially if your employers weren’t congenial. You were stuck halfway between the servants and the family and couldn’t really interact with either as an equal.

That doesn’t sound like fun at all… The class divide in England was still very real. How could women move between the classes?  Was it easier for them than men?

Actually I suspect like most things in the Regency, it was easier for men. Aristocratic men would fraternize with men from the lower orders either out of necessity (they were tenants or employees) or curiosity or because they were pursuing vice. It was reasonably easy for a woman to move DOWNWARDS in society – if her chastity was compromised or even questioned, a woman quickly lost any status. Of course, huge amounts of money could smooth a woman’s way! Or a powerful man who supported her.

Hmm, money still talks… What, if any, opportunities were there for women? Education? The Arts? I’m thinking Jane Austen and later the Bronte sisters?

Jane Austen earning money from her writing was, I think, a bit of a guilty secret in the family. If you look at her tombstone, her brother comments on her saintly qualities and not a word about her being one of the world’s greatest novelists. Rather sad, I think. Women could make a living through writing (although it was difficult and their work generally wasn’t taken seriously – what’s new about that?).  Women could find employment as companions and governesses if they had a modicum of polish and education. There are a couple of women artists who made a name for themselves, but they were hampered in their training because they were forbidden to attend life classes. Working for a living destroyed your status if you were an upper-class woman. Or I should say, a PAID living. Of course, many women were estate managers or assistants to their husbands or political hostesses. It’s all work, but none of it involved a wage. There are many cases of middle-class women running businesses (they were almost always widows) very successfully. For example, in the late 18th century, Hester Bateman ran a very successful silversmith business  in London (how cool is that?).

I hadn’t heard of Hester – what an inspirational woman. It seems to be that women in that era had their power in more subtle ways. How did they exert influence?

Aristocratic women could exercise great influence through their role as political hostesses. They could also exercise their influence through pillow talk (either with their husband or their lover). And of course, a much-loved wife, daughter or mother could influence a man as they do now. I think it comes down to individual people in individual situations.

Walk us through the day in the life of a young unmarried woman hell bent of finding her future husband at the evening’s ball.

She’d sleep in after a late night. She’d titivate and write thank you letters to her hostess and any other correspondence. She might practise her pianoforte or singing or harp – ladies with musical accomplishments were very much admired. In the early afternoon, she’d either give or receive ‘morning’ calls. Or perhaps there would be a cultural outing to somewhere like the British Museum, or a walk in Hyde Park. The fashionable hour in Hyde Park, when you went out to see and be seen, was between 5:30 and 7:30. Our girl could also spend time shopping or visiting a circulating library. Generally (although not always), she’d dine at home and then she would start the evening’s entertainment – a ball or a musicale (at which she might be VERY glad she did that piano practice!) or any number of other social gatherings. The opera and the theatre were also very popular. Hopefully our girl would dance her tootsies off with a series of eligible gentlemen (who would then send her bouquets on the morrow) and she’d go home ready to do it all again the next night. I suspect it was hard work. The Season lasted for several months, from Easter through to June or early July. And there was also the Little Season from September to November. 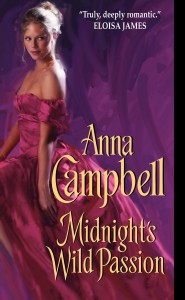 All that socialising sounds very much like hard work!

Nicholas, your gorgeous hero, is a lad about town. How were rakes perceived by society in 1827? Was a rake the modern day equivalent of Warnie – barely tolerated by many women, secretly lusted after by others, and generally admired by men?

Oh, NOOOOOO! I hope Ranelaw has a bit more style than Warnie! Although now I read your description, I think there’s an element of truth about it. Actually in practice, there were lines that a rake couldn’t cross and still expect to be allowed into society. Think of Byron – the rumors of incest with his half-sister and the way he treated his wife meant he was hounded out of England. Note, nobody really cared how he treated women outside his class but when he started behaving badly to aristocratic women, his social credit soon evaporated.

No offence intended to Ranelaw, Anna, as he is clearly a cut above our own Warnie…

And finally what’s for breakfast if you’re a proper young lady in 1827?

During the Season, girls would generally eat breakfast very late because they’d be out dancing until the wee small hours. She’d probably have hot chocolate (the block stuff so many of us love wasn’t yet available) and buttered rolls or muffins. As you’ll see in many Regency romances, breakfast could be a relaxed communal affair with food set out on a sideboard and kept warm in chafing dishes. There would be meat and eggs. I can remember being very surprised reading a Georgette Heyer as a teenager when the hero sat down to a nosh-up of sirloin, potatoes and ale but I suspect that’s a MANLY meal and our heroines would not partake! 😉

That all sounds very civilized (apart from the steak and potatoes).

Thanks for dropping by to chat, Anna, it’s always fabulous to have you visit the blog.

My pleasure, Helene. Thank you for having me! Fun questions!   You mentioned an Aussie cricketer as a current version of the Regency rake. Warren Beatty springs to my mind – at least before he married! Can you think of any other candidates for that title? Or is the Regency rake a type specific to the times?

Hmm good question, Anna. So it’s over to our visitors – we’d love to hear your thoughts. One lucky commentor will win a copy of Anna’s latest novel, Midnight’s Wild Passion.

The dashing, licentious Marquess of Ranelaw can never forgive Godfrey Demarest for ruining his sister – now the time has come to repay the villain in the same coin. But one formidably intriguing impediment stands in the way of Nicholas’s vengeance: Miss Antonia Smith, companion to his foe’s unsuspecting daughter.

Having herself been deceived and disgraced by a rogue-banished by her privileged family as a result and forced to live a lie-Antonia vows to protect her charge from the same cruel fate. She recognizes Ranelaw for the shameless blackguard he is, and will devote every ounce of her intelligence and resolve to thwarting him.

Yet Antonia has always had a fatal weakness for rakes…

52 thoughts on “Step back in time with Anna Campbell”