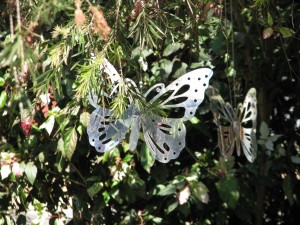 Briefly (and embarrassingly) yesterday I joined the ranks of spammers. When I woke up in the morning it wasn’t on my To Do List. In fact it’s never been on a TD list and hopefully won’t be again. There were important things on my list – mow the grass, do my aircraft manual amendments, pay the bills, collect library books, clean the house, two loads of washing, dentist appointment, edits, edits and more edits.

Instead, somewhere in the cosmos, a bright young thing with time on their hands invented some sort of programme that would infect my twitter account. Lucky me…  I received a DM on twitter from a trusted (and government) site which had my book on a short list for inclusion in a reading programme advising me I was the subject of a blog. Foolishly I clicked on it.

Shortly after my day went to hell. Emails, tweets, DMs and even FB messages alerted me to the fact my twitter account was Direct Messaging everyone on my contact list with a message that went something like ‘There is a rumor/blog going around about you 123xzc… might want to read it…”

I was just about to walk out the door to the dentist so I did what I could and left. The messages kept coming and I felt more sick with each one. The worst was from a colleague who was on holidays and thought it was real as she’d been the subject of a petty little blog earlier in the year. By now I was between dental hygenists and dentists, in damage control, snapping out messages.

By the end of the day I was drained and emotional, but I thought it was finished. Instead, overnight more emails came in from people overseas who’d been infected. Sure the twitter message didn’t physically harm anyone, but it clearly caused some people hurt and dismay. Anyone who tried to open my message would have found themselves also spamming their contact list. All you can do to stop it is change your twitter password.

I’d love to think this won’t happen again, but I’ve noticed an increase in emails offering me all sort of things I don’t need and people wanting to be my bestest buddy. I guess it’s something I have to live with and I have to be more vigilant.

I wish the talent that can write such powerful programmes was being put to better use… Can someone please explain how anyone gets their thrills out of spamming? All I can see is a crazy power trip that cost me a day I won’t be getting back…