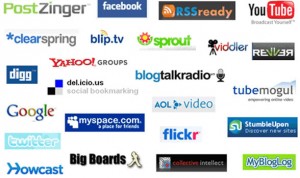 Like most people I was saddened to read today that a nurse caught up in a media stunt surrounding Prince William and Kate has died in the UK. It’s hard to believe a prank phone call can have such tragic ramifications. I’m sure neither of the presenters involved envisaged their attempt at humour would end so badly. It’s a sad reminder we live our lives almost like goldfish in a giant glass bowl consisting of billions of computer screens all around the world. In a rush of tweets a comment or an incident goes viral and its impact is exponential.

In 2012 we’ve seen the power of the media, and particularly social media, used for good all around the world. Governments have been overthrown by the mobilisation of huge armies of tweeting protestors. Criminals have been apprehended through Face Book shout outs. Disaster relief efforts have been co-ordinated on line as ground based facilities fail under the might of Mother Nature.

We’ve also seen social media and mainstream media, like the UK’s News of the World, villified for the hurt it can cause when trolls take over memorial sites or journalists resort to phone hacking for stories.

In a world where we are increasingly connected via the web we need to be mindful that this vast connectivity comes with a responsibility. As active participants in the media we are also accountable for our ‘likes’ and ‘shares’ and sometimes thoughtless comments. We’re not just talking to a computer screen… We’re talking to, or about, other people just like us with frailties, fears and weaknesses.

We, and the media we consume so voraciously, need to show  respect for people’s privacy, tolerance for an innocent mistake, restraint with our criticism. My heart goes out to the family of the young nurse. My thoughts also go with the presenters who are suffering their own back lash for what I’m sure was a thoughtless prank rather than a malicious attack.

By our actions we can help shape the power of the media for good, not evil.

14 thoughts on “A power for good or evil”