Kelly Inglis is my guest today with a very moving post about optimism and strength.

Where there is life, there is hope. 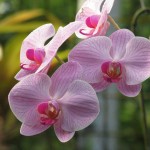 A friend of mine in her thirties is currently undergoing treatment for metastatic breast cancer. Like so many others from rural communities, she has to live hundreds of kilometres away from her family, including her two young sons, in order to receive treatment. These are challenging circumstances for anyone, but she continues to put on her smile each day and do everything she can to knock the cancer on its head this time around. Whilst getting a snack in between doctor’s appointments, the elderly gentleman working in the hospital cafe repeatedly and insistently asked my friend if she was okay. She assured him that she was fine, but he seemed so concerned for her well-being. She finally confessed the circumstances of her recurrent illness and treatment to the kindly gentleman. His gentle assurance to her was inspiring.

“Where there is life, there is hope.”

When I heard this, I was reminded of a photograph that graces the wall at a friend’s house. It is a photo of a desolate expanse of desert where some time ago the heavy rains had pooled on the inhospitable sands, but have long since evaporated, leaving the upper surface of the dirt cracked and patinaed like an intricate mosaic. The most striking thing about this photo is that right in the centre of the unyielding ochre dirt is a tiny green seedling. And unfurling at the very tip of that seedling is a tiny purple bud.

One would think that in the presence of such physical hardship, these harsh desert sands would be utterly devoid of life. But despite the hostile and unfavourable conditions, that tiny budding seedling was determined to fight, determined to bring beauty and life to that barren landscape. And that is exactly what my friend continues to do. My friend has already been through surgery, chemotherapy, radiation and reconstructive surgery. After being diagnosed with a metastasis of her original tumour less than two years after her initial diagnosis, she has begun the cycle of chemotherapy, radiation and reconstructive surgery all over again. But in spite of her illness, and the physically demanding treatment regime that she continues to face, she is still full of life, full of hope, and is fighting her hardest to continue to bring beauty and life to those people around her.

Too many people these days are facing very similar health challenges. Fight the good fight, don’t give up, and remember the advice of a caring old man who has the wisdom of eight decades to share. While we have doctors and scientists who make it their life’s work to see cancer beaten, there is always hope for the development of vaccines, better treatments, and perhaps even a cure. Just like that diminutive budding plant that insists on bringing forth life and fighting for survival regardless of the harsh and unforgiving drought, I hope that my friend, and those fighting a similar fight, continue to bloom in the face of their adversity.

Kelly Inglis grew up in Mackay, although she moved to Brisbane to attend university. A Molecular Biologist by training, she has worked in medical research laboratories in Australia and the USA. As a result, her murder mysteries often contain an element of science. But Kelly’s not just your average nerd! She is passionate about getting kids off the computer and encouraging them to get excited about reading and writing.

After winning or placing in several Australian and international short story competitions, Kelly’s first fiction work was published by The Australian Literature Review in October 2012. The Life and Times of Chester Lewis is an integrated short story collection written by eleven different authors, and is based around the events in the life of the central character, Chester Lewis.

She currently teaches a number of science and medical subjects at CQ University, Mackay and is working on completing her first fiction novel.

If you’d like to donate to The McGrath Foundation which provides breast care nurses throughout Australia follow the link : http://www.mcgrathfoundation.com.au/

9 thoughts on “Where there is life, there is hope.”