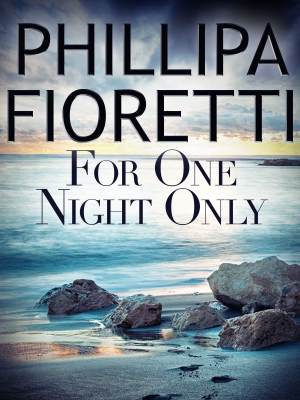 Today I’m welcoming Phillipa Fioretti back to my blog. We’ve been writing buddies since our debut novels hit the shelves in 2010 and I’ve been waiting impatiently for her latest release with Momentum Books, For One Night Only. I wasn’t disappointed. Phillipa’s stories have a lightness of touch that always captivates me and this was no exception. And of course I wanted to hear all about from Phillipa herself!

I hope you  enjoy our chat.

A new publisher and a new book – how’s the last year been for you?
A career in any art form is always going to be a bit of a roller coaster and 2013 had all the lows and highs. But the one constant is the work. Whenever I felt defeated I’d just go and sit inside my story. I’ve written a huge amount over the last two years and now have another manuscript nearly ready to send into the world.

A new publisher is exciting. I like Momentum’s focus on genre fiction, their commitment to marketing and their flexibility. I do miss the physical book but I’m hoping for a trade-off, more readers in Australia, and a toe hold in the US market. I think Momentum have a good shot at securing that.

And as your latest book has such a cosmopolitan flavour to it I’m sure it will be a hit overseas!

I’m fascinated that For One Night Only draws on Roman mythology for some of its inspiration. Which myth in particular and how have you adapted it for your story?
I had a play around with the Orpheus and Eurydice myth in the Fragment of Dreams where William is in deep trouble and Lily has to descend into the underworld to save him, which she does. For Hugh and Ornella I decided on the myth of Dido and Aenaes for a couple of reasons.

Firstly there is a very special Roman mosaic depicting Dido and Aenaes in the ruins of a Roman house in Somerset in the UK. So I decided my fictional mosaic would be similar. Secondly, in the myth, Dido and Aenaes fall in love when Aenaes visit’s Dido’s country, Carthage. She’s the queen and he’s a warrior returning from Troy. They have a passionate affair but the Gods tell Aenaes that he cannot stay as his destiny lies in sailing to Italy and founding the city of Rome. So he leaves Dido, who subsequently burns herself to death on a huge funeral pyre as his ships sail out of the harbour.

The conflict between love and work was exactly what I was looking for. I turned the male/female roles around so Ornella has to choose. Does she sail for Rome or does she choose love? It’s actually a modern dilemma too.

It is a very real dilemma for working women and crops up in many modern love stories. You have a wealth of knowledge to draw on from your own studies and interests, but how much on ground research do you do as well?

I do an enormous amount of research. My background enables me to know where to look for information but research is mandatory. I think you have to be really on top of the backgrounds you use in a story so you have an ease when writing about them. It’s like an iceberg, the reader only sees the tip of the research, the bulk is mostly unused in the text but it’s all in the writer’s head. As a consequence I have a huge amount of useless facts stored in my brain.

Lol, I doubt that any of it is useless – it’s simply waiting for the moment when you’ll need it for a new story!!

You turn the heat up on your characters literally as well as metaphorically. Have you hiked up a live volcano? What was it like?

I have been on a live volcano – White Island in New Zealand. It’s quite surreal and very nerve-wracking. The sulphur and acid fumes are almost overwhelming, the whole thing is just extraordinary! I was on a guided hike, as Hugh and Ornella would have been, and we actually were able to look down into the crater. There was a lake of green liquid with steam and fumes drifting around, strange yellow streaks and I could imagine Cerberus, the three headed dog who guards the gates to hell, sitting on one of these fuming vents.

Obviously every volcano is different. The hike up Stromboli is very popular with tourists, but still quite risky. There are lots of descriptions and pictures online so I was able to match my experience with those recounted by others.

I’d love to hike up a volcano. All that fire and fury has always fascinated me and I had a fabulous time poking around in the ruins of Pompeii and visualising it all in my imagination.

Taormina sounds like a gorgeous place to holiday. What drew you to that location? Is the story true to its setting or have you 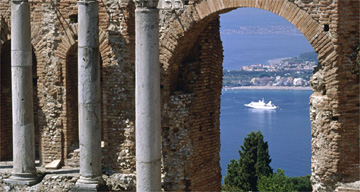 used poetic license in the streets and buildings?

Taormina is a very beautiful place. It’s an international tourist destination, particularly for the rich and famous, and it’s a great location for a luxury hotel consortium to be building another boutique hotel, so it stood out as an excellent backdrop for a romantic thriller. There are some gorgeous hotels there already but I did use poetic license to conjure up the Palazzo Calafato.
However I stuck religiously to the street maps, the features such as the Greek Amphitheatre, the Corso Umberto, the Isola Bella and the Lidos. Google Earth is a wonderful toy to play with! The hotel where Ornella and Hugh end up exists in that location, but obviously I’ve changed the name. Stromboli, Ginestra, the ferries, the ports of Milazzo and Messina are all real and thoroughly researched. So it’s really only the Palazzo that I plonked down next to the public gardens that doesn’t exist.

If I passed Ornella or Hugh on the street what would I see?

Well, Hugh looks like a thirty year old Ewan Macgregor, possibly hotter if such a level of heat can be imagined! Ornella looks like the girl in the image I’m attaching. 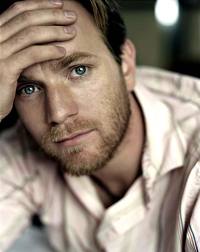 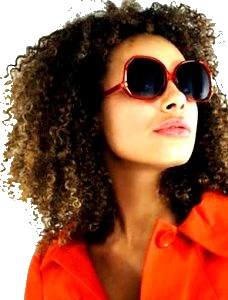 What is Hugh and Ornella’s favourite restaurant in the world?
Gelatomania on the Corso Umberto in Taormina

Where did they have their first kiss?
On the beach on the island of Stromboli

When did they realise they were destined to be an actor /archaeologist?
Ornella had her acting revelation while watching Playschool as a four year old
Hugh went on a family holiday to Crete when he was ten and decided to be an archaeologist.

What do they like to do at the end of the day to unwind?
Hugh likes to swim and Ornella doesn’t do ‘unwind’

Where do they want to be in ten years?
Together in a comfy bed!

Lol, that sounds perfect for the two of them!! Thanks so much for visiting and I’m waiting for the next story now!!

You can buy this fabulous story at Amazon, iTunes, Momentum Books and Google Play

For Only One Night.

In Italy, passion and danger share the same bed.

When Ornella vacations in Sicily, she meets Hugh, an archaeologist working on a dig in the beautiful town of Taormina. Hugh convinces Ornella to join him on a trip to the island of Stromboli, where they hike up a live volcano at dusk.

After a passionate night together Ornella, an actress usually focused on her career, suspects she’s in love. But after breakfast the next morning, Hugh vanishes.

Ornella is left with Hugh’s phone, sunglasses and a sudden end to the love affair she thought she didn’t want. Desperate to know if Hugh ran out on her or if he’s met with disaster, she wants to search for him. But with an important screen test in Rome and her agent impatiently waiting for her, Ornella faces a dilemma.

Little does she know the danger Hugh is in – and that she is the key to his survival.

5 thoughts on “For One Night Only”