I always knew that valuing the contents of Mum and Dad’s house was going to be a tough day. I was prepared to be told there wasn’t much of value there, but when the valuer shook his greying head at the end of his visit and said, ‘I’d kind of hoped I’d find a hidden gem or two, but it’s just old stuff,’ I felt a surge of grief for all the generations who’ve gone before me.

So many pieces of furniture, acquired by my great grandmother and grandmother, which I’ve polished to a gloss. So many tea cups and saucers I’ve washed by hand to ensure the gold rim didn’t fall foul of the dishwasher. So many ornaments I’ve dusted and returned to their exact position, not noticing the chips and cracks that gave them character, but rendered them valueless.

It feels disloyal to dismiss them as ‘old stuff’, but the reality is that antiques have fallen out of favour. In our disposable world flat pack furniture holds more appeal than something lovingly crafted out of rare or exotic timbre. Mass produced glassware and china have changed the way we view crockery. Quirky ornaments are no longer in vogue.

I felt old myself today, seeing the modest family home through a stranger’s eyes. It’s all about perception… 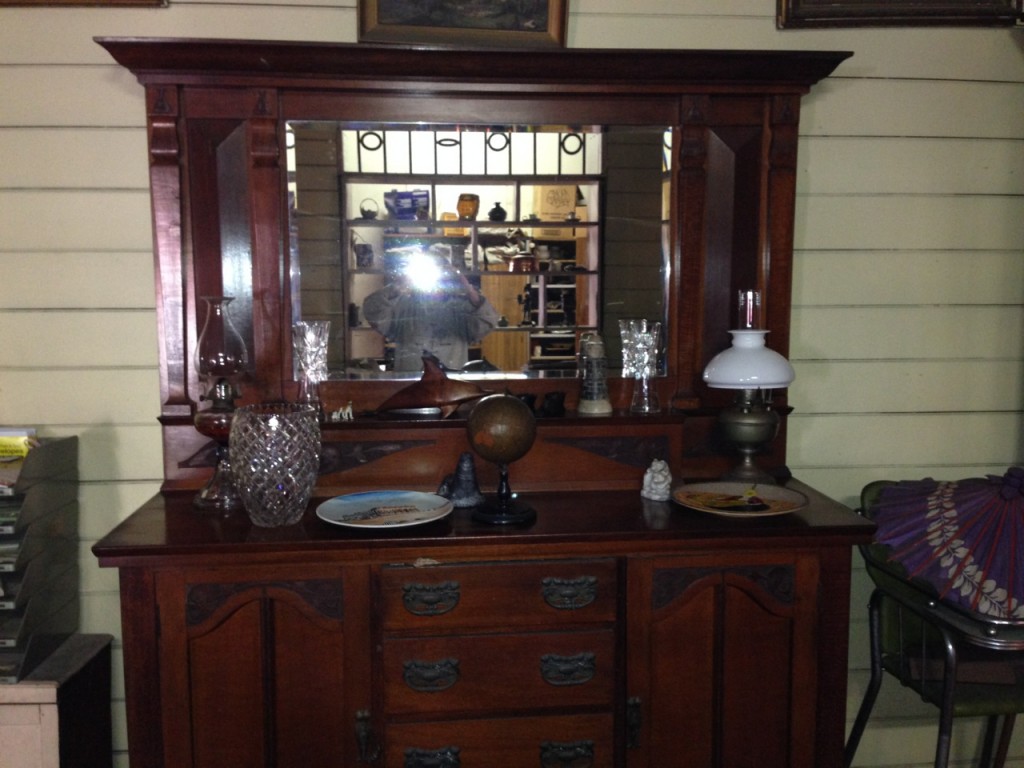