So there we were, just about to set off from Macona Inlet to head to Stonehaven, and Capt G checked the oils in the engines. There are two dipsticks per engine – one for the main motor and the other for the sail drive which runs the propellor. Sadly, when we pulled the sail drive dip on the port engine instead of it being a clear sea green it was a milky colour, a sure sign that water had found its way in. That most probably means the seal at the top of the leg has failed so we’re now loitering in the vicinity of Airlie Beach until Monday when we’ll be lifted.

Being a voluptuous matron, Roobinesque can only be lifted at one place, which is around at Shute Harbour, and that slipway has to be accessed at the very top of the tide. Come Monday lunchtime we’ll be out of the water, hopefully only for one day, but we’ll see how it goes. I’ve got quite used to tradesmen scratching their heads and saying, ‘Well now, luv, we’ve never seen one like this and we’re gonna need to order the parts. That’ll take a couple of days give or take a couple,’ which translates as ‘You’ll be out of the water a week, it’ll cost a bomb, but she’ll be right, mate…’

More maintenance wasn’t in the itinerary as we have friends flying in next week to come sailing with us… but that’s life and at least we found the problem with a routine check and while safely at anchor in a benign environment. Worse things happen at sea!

We caught up with Deb and Bruce on S.V. Matilda and they suggested Woodwark Bay as a quiet spot to hang out so we’re bobbing at anchor, snug enough from the south-easterly breeze, working our way through other small jobs. Tomorrow we’ll head back to Airlie then make our way around to Shute on Sunday.

I’ve been reading a little more than writing (I think I’m still re-charging my batteries…) and I finished Relativity by Antonio Hayes last week which I enjoyed enormously. This week it was Rachael John’s The Patterson Girls. With four intertwined story lines it will keep you turning the pages and cheering on the characters right to the end. Delightful!

And here are the photos from this afternoon’s walk 🙂 I love coral when it’s in the water and alive but some of the bleached skeletons washed up on the shore are so intricate and beautiful. I’m also a sucker for mangroves and the tenacity that sees them surviving in such harsh conditions. 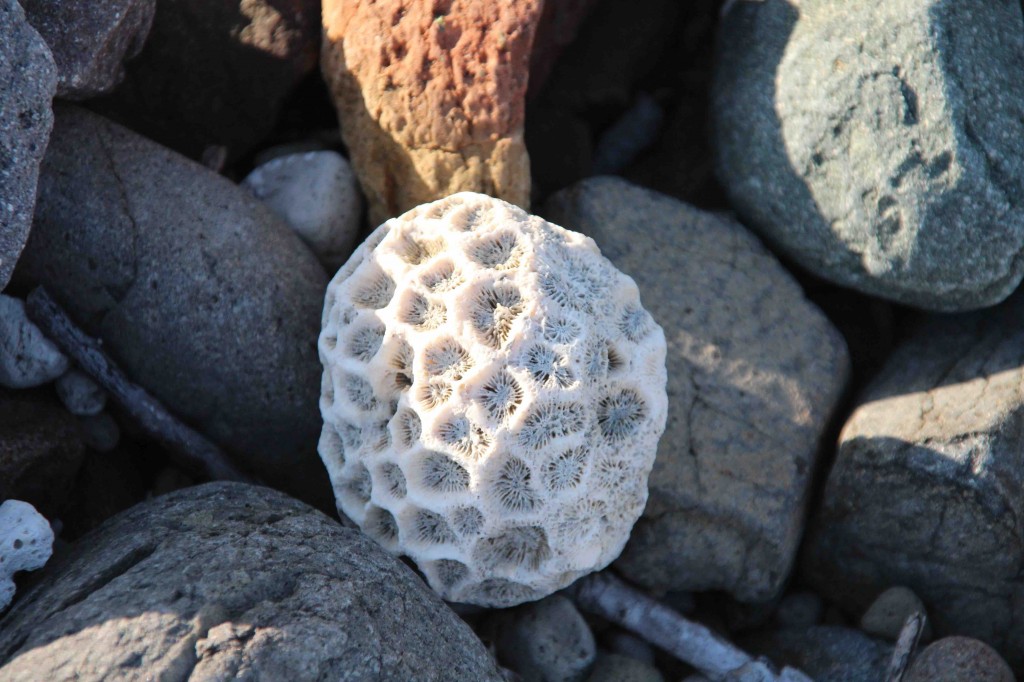 Coral on the beach 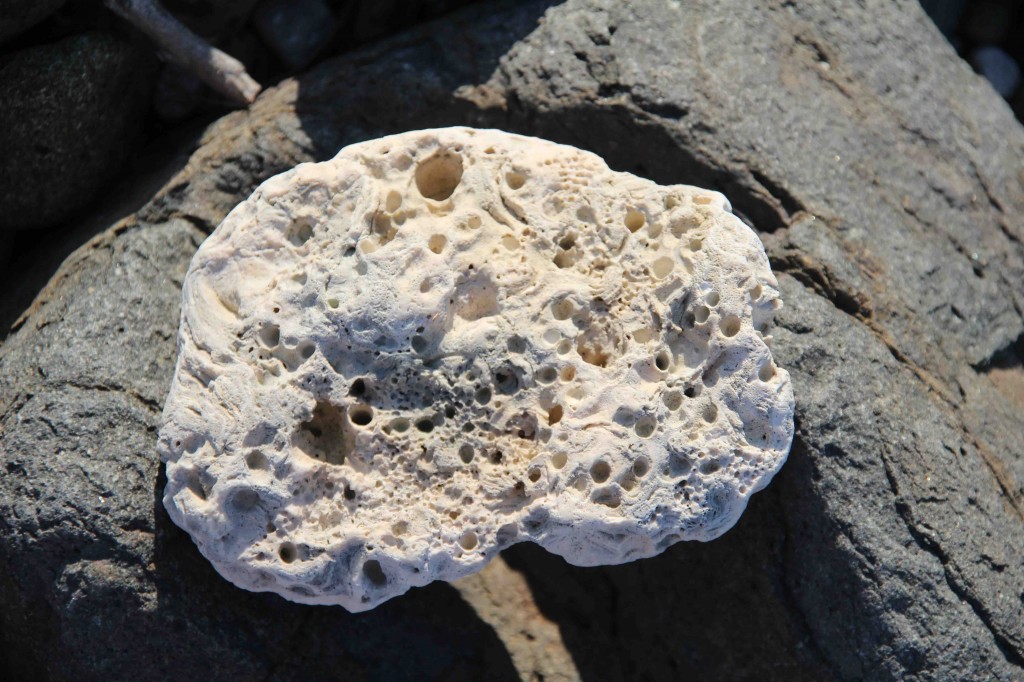 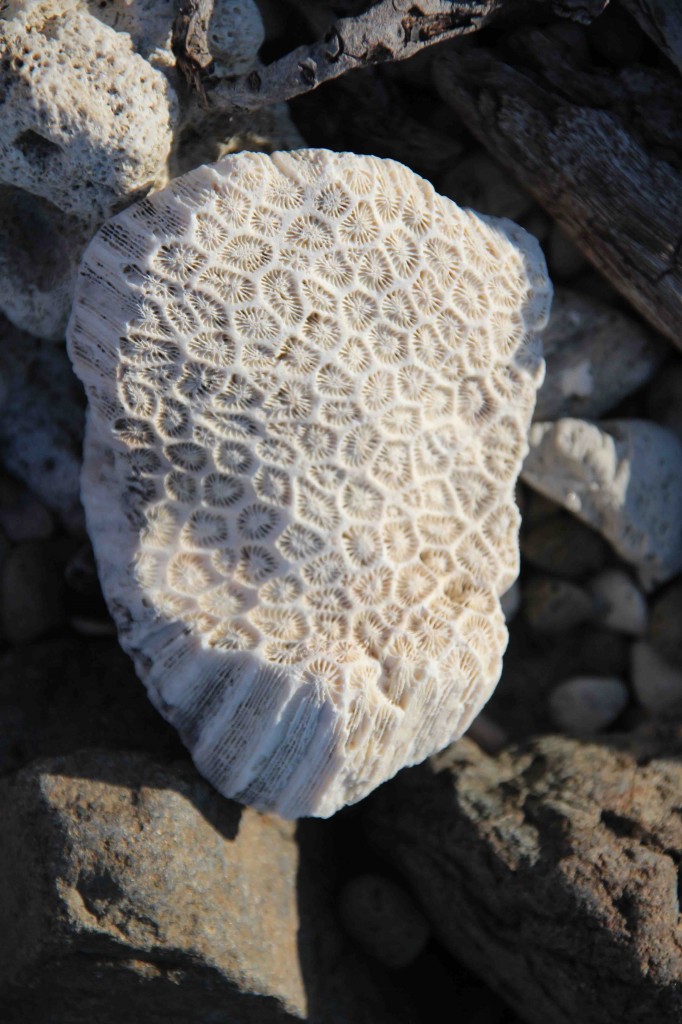 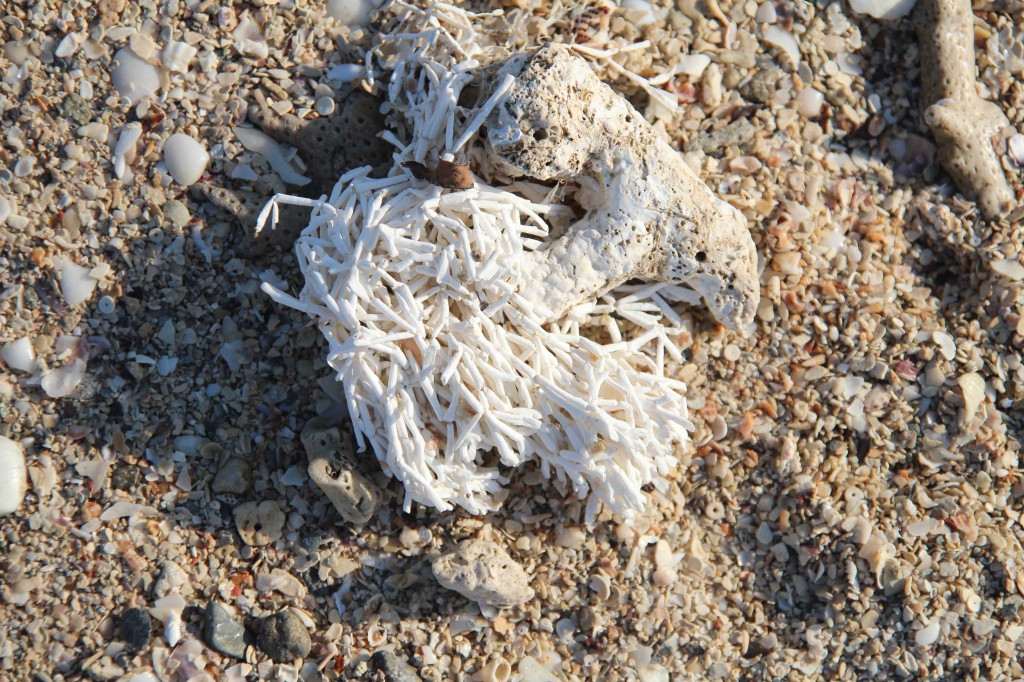 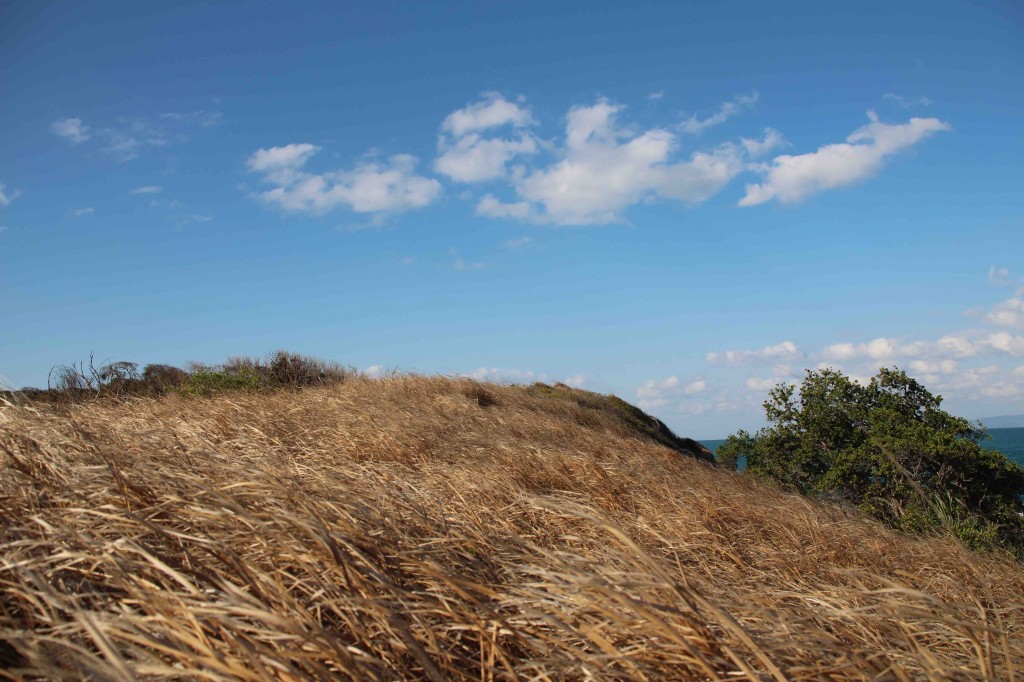 Windswept headland at Woodwark Bay - love the contrast of colours. 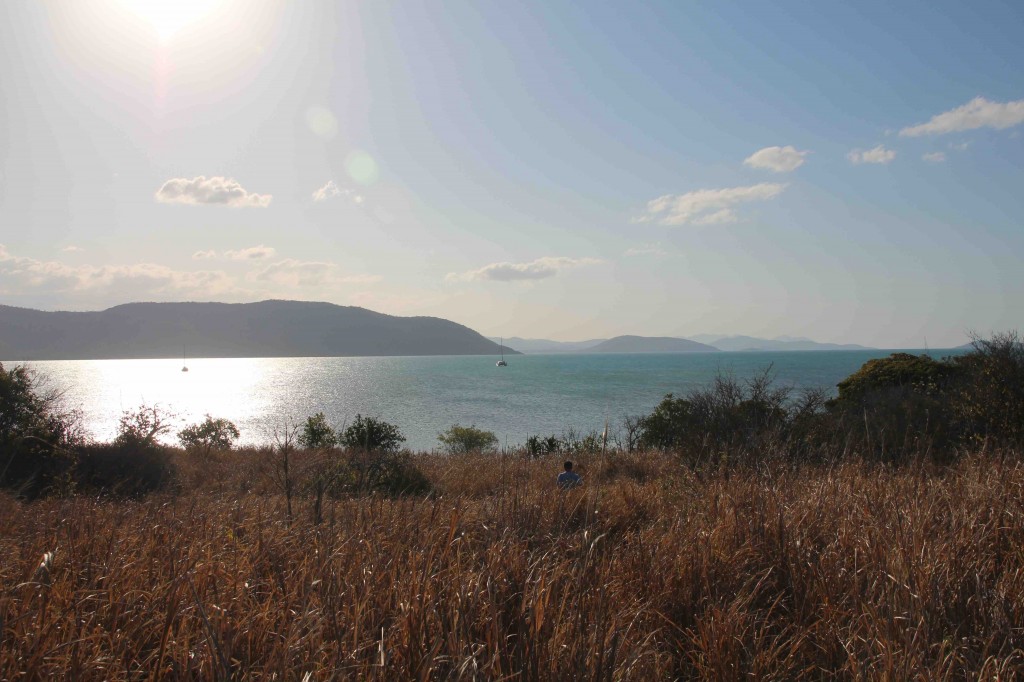 Roobi at anchor in the middle. 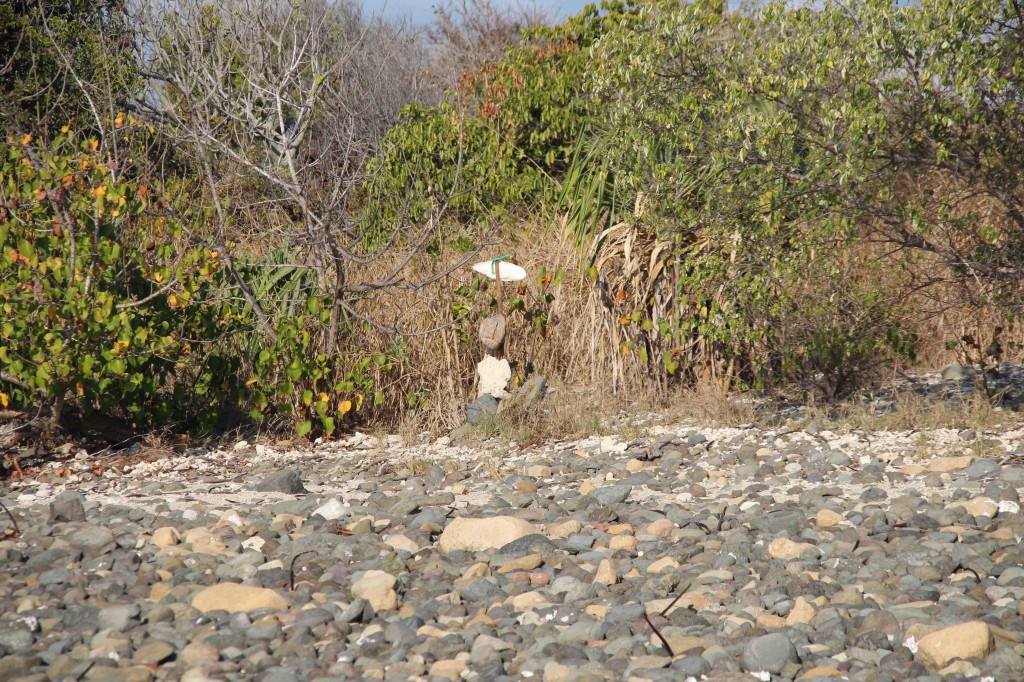 Capt G improving the trail markers so it's not so hard to find! 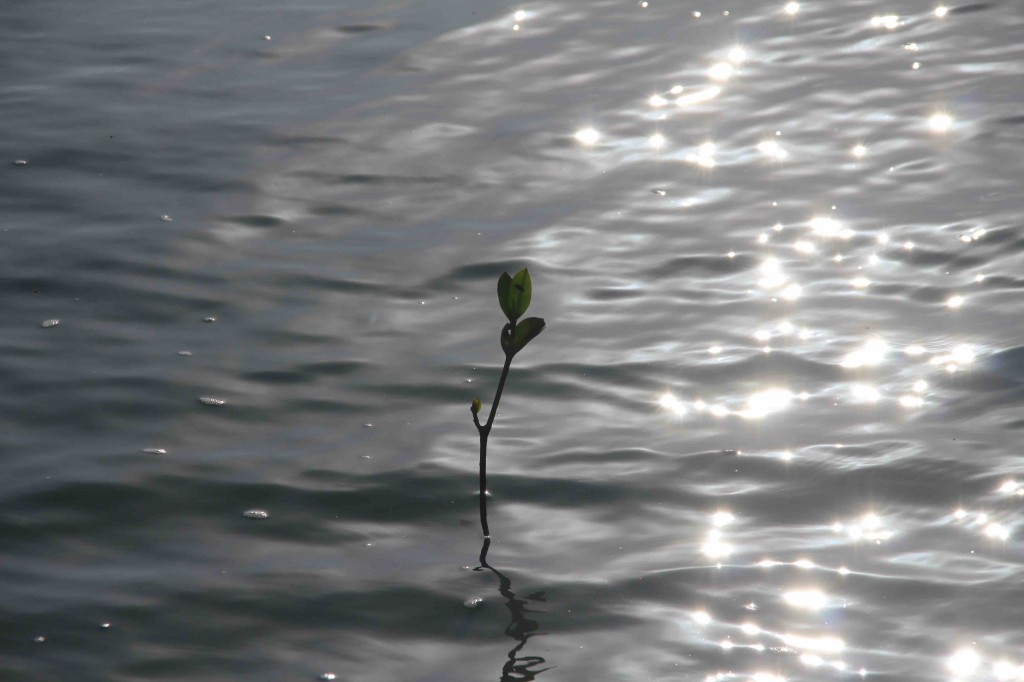 Hanging on so tenaciously

2 thoughts on “Mooching around”