They came from far and wide. Helene has never made a friend that she’s lost, that I’m aware of, and never misplaced one either. She’s obviously also made a lot in Cairns. 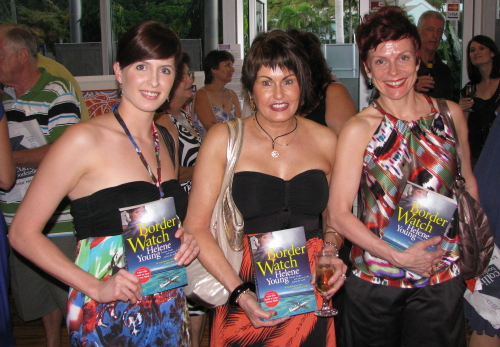 Francine, from Vivienne Francine’s, is responsible for designing Helene’s stunning dress and Rhonda and Rachael, from Rhonda’s Beauty Spot, are two beauticians who know how to work miracles.

When you are an author you need to do your research. Helene has never flown a customs plane, so Mark Bonthorne showed her around one. 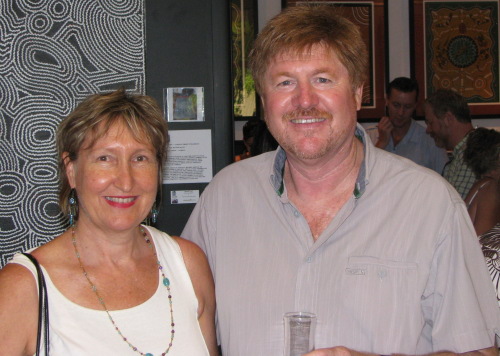 Helene has taught a lot of people to fly, including Dana who flies 737s and flew to Cairns for the function.  With her are Captain Tash and Sim Training First Officer Cassie and the bloke in the middle is Graham (Helene’s husband). 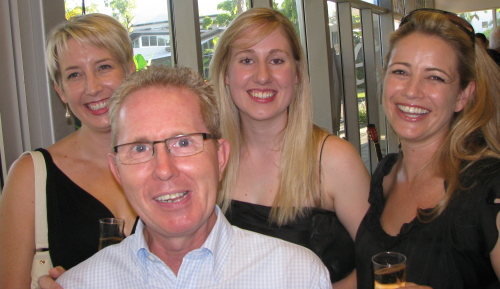 Jason Glaskin, son of Gallery entrepreneur Gary helped-out on the night, free of charge. It was also his birthday. He might have been cheap, but he wasn’t unrewarded. Helene shouted him a sumptuous chocolate birthday cake. 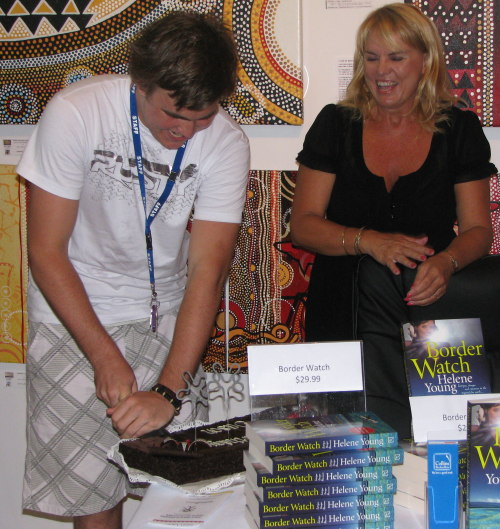