My guest today is Australian author, Joanne Van Os, who currently lives in Darwin. Joanne has four books in print and a fifth underway.

She’s covered the gambit from memoir to children/YA stories to adult fiction. Her latest book – THE SECRET OF THE LONELY ISLES – has recently been released. She’s also currently living my dream and resides on a boat with her husband!

Hi Joanne and welcome to my corner of the blogsphere. You’re my first guest YA author. 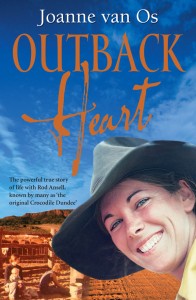 Thanks for the invitation Helene – it’s great to have a chat with another writer!

Your  first book is a powerful and moving biography, OUTBACK HEART. What prompted the switch to stories for younger readers? What age group do you write for? YA covers a multitude of ages…

My first published book was Outback Heart, but I’d actually written most of Brumby Plains, my first children’s novel, before I began the memoir. The inspiration came from watching my two sons growing up out bush, where they were driving vehicles and riding quad-runners from a very young age, helping load roadtrains with buffalo, and doing all kinds of exciting things kids in cities don’t usually have access to.

My books are often labelled YA, but I think it’s completely wrong! We need another category to cover that age group who’ve grown out of the large print, partly illustrated first novels (children’s books) but who aren’t ready for the sex, drugs and angst of the YA novel. The time when kids still have that delightful innocence but are capable of making sensible and difficult decisions, and taking on a lot more responsibility. They’re a very interesting age! I didn’t set out to write for this age group – it’s just where the first story situated itself.

Maybe ‘Young Teens’ would be a better category for this age group?

So I’ll think of them as ‘Tween’ stories from now on!  What are some of the complexities of writing stories for adolescents? 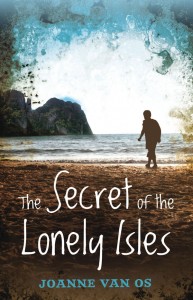 First and foremost you need to understand the age group you are writing for. The average 15 year old – even 14 probably – wouldn’t be swept away by my books, and the average 8-9 year old would find them a bit too hard, unless they were fairly sophisticated readers. Next, you have to keep the action flowing. Ideally there should be something happening on each page, whether major or minor – just action of some kind, so the story has to gallop along a bit. Long descriptive passages are a no-no, no matter how beautifully crafted. You’ll lose a ten year old very quickly. And don’t preach, or talk down to the reader. And NEVER refer to your lead characters as ‘the children’.

I seem to remember some of Enid Blyton’s stories using ‘the children’ but I guess it was a very different era… Are there unwritten rules such as what issues can or can’t be covered with younger readers? Are there inappropriate topics, language or emotions?

I’m sure there are, because I’ve never read any! Basic common sense dictates what is appropriate or not for the age group you’re writing for. For example you wouldn’t write about child abuse or serious violence in a book for 9 – 14 year olds, whereas you could for older readers. Indeed it seems to be mandatory in the YA arena. Language is an issue – I had one ‘bloody’ in an appropriate place in the first book, but it was quickly deleted by the editor. Even though kids that age might use all kinds of bad language, swearing really doesn’t have a place in books for younger teens. Emotions? I don’t think there are any that would be ruled out – children understand fear, hate, joy, grief, but again, you wouldn’t go to extremes in reproducing negative emotions. Except for terror – kids love being scared. Again – Stephen King is not the goal either!

I can’t read Stephen King now without looking over my shoulder so I can understand that scary has many levels.

Your first two stories, BRUMBY PLAINS and CASTAWAY, are set in outback Northern Territory and are loosely linked. Your latest book, THE SECRET OF THE LONELY ISLES, is a sailing adventure. They’re all action adventure stories with lessons for your characters to learn. Was that deliberate? Or did the lessons come as the stories and characters evolved?

I never start a story with a ‘lesson’ in mind. I’d give up tomorrow if I thought I did! I think all good stories leave the characters changed, so I guess that’s where the ‘lesson’ emerges. It’s not deliberate, but you do have to think about consequences.

Who were some of your favourite authors when you were a child and why?

It’s hard to pick a favourite – I read everything I could get my hands on, pretty much. Ruby Ferguson, E. Nesbit,  Elyne Mitchell, CS Lewis, Jack London, Lewis Carroll, Colin Thiele,

I loved CS Lewis and the Narnia books. I still have to resist the urge to check out the back of wardrobes just in case…

I know you have extensive blue-water sailing experience and live aboard your yacht.  How do you juggle writing and a yachtie’s life-style?

Juggling is definitely the operative word here! I’ve found sailing and writing not to be very compatible. I get sea-sick easily, especially in the first few weeks, and even reading is difficult so concentrating with my head down at a keyboard or notepad is impossible. I write when we’re at a quiet anchorage or on shore, but the reality with long distance cruising, is when you reach that anchorage, then you’re repairing things and doing maintenance, and maybe even exploring ashore once the work’s done. So there’s not a lot of that distance-gazing, silent, oblivious, creative time to be found. That’s why I’m writing like mad now that we’re stopped for a while.

You’re working on a contemporary adult fiction at the moment. How does the writing process differ between it and YA – if in fact it does?

I think the process is the same – you have to sit down and grind when the muse is off shopping or filing her nails. No use waiting for inspiration, just push start the car. I find I think about my characters and the plot all the time, in both genres, trying to see them more clearly, and understand their motives and why they would do what I’ve asked them to do. I go through the same ups and downs, feeling euphoric and on top of it all, and then wondering why I even bother.

I’ve found writing for adults to be a lot less restrictive than writing for adolescents. There are no ‘no-go’ areas: anything is permissible provided it’s well-written and relevant. The subject matter is limitless and imagination can really take off. Character development is perhaps more complex and gets more time to develop – although kids’ novels are getting longer and longer these days too!

Both genres require the same level of commitment, integrity, unobtrusive construction and a cracking good story to be told. 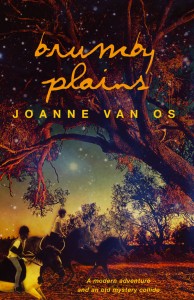 No! Not to begin with anyway. I sometimes just see a character, or a scene, and that starts me writing, fiddling around to see where the idea might go. I don’t usually know how it will end until I’m at least halfway through. I’m in awe of writers who plot, draw up storyboards and flow charts and have total control. My characters tend to march onto the desk and take over… in BRUMBY PLAINS, Charles began as a fairly incidental player, a bit of local colour, and ended up centre stage and in TWO books. I just couldn’t shut him up.

Lol. I do love the way some character just move in a claim the page as their own. I had that battle with Lauren…

What’s your favourite form of procrastination?

My husband Lex would shout – THE INTERNET!  My advice to a budding writer is to turn it off once you start writing. When I find I’m not getting anywhere, I think “I should really check my emails, or my on line Scrabble games”, and you know where that goes…

Research is another great but at least productive form of procrastination. I love researching, and the hardest part is stopping. I have notes for books that I’ll need three lifetimes to write…

Oh I know that feeling, Joanne. I’ll be writing as long as my fingers cooperate. Thanks so much for joining us today on the blog. It’s been lovely to learn some more about you and your stories. And I look forward to reading your latest WIP.

Thanks Helene – it’s been a pleasure chatting to you! 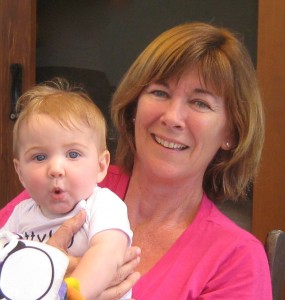