Ever wondered how authors create those quirky, vivid small towns that I for one love to read about? Today I have a master of this art as my guest. She’s had a very busy month blogging all over the blogsphere, but she’s made time to come and chat about the differences and similarities in small towns the world over. 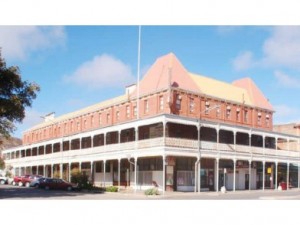 I’m so excited to be here and thanks Helene for having me.

I’ve lived in outback Australia and small town USA and sure, superficially, there are a lot of differences between the two countries. A lot of the cars look different because they’re produced by different companies. Aussies drive ‘utes’,  Americans drive pickups, and of course we drive on opposite sides of the road!

The architecture is different. The main street of an Australian outback town has wide verandas to provide shade from the heat and the fierce glare. In the US, the main street buildings are flat-fronted and don’t usually have a veranda or any type of ‘eve’. 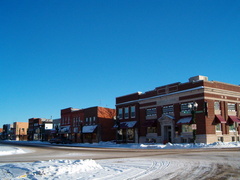 As Matilda noted in my contemporary single title romance, Boomerang Bride, “the main street of Hobin was book-ended by two churches, in stark contrast to most Australian country townswhich were bordered on all sides by pubs. Always referred to as the top pub and the bottom pub, they tried to outdo each other and their positions at either end of the main street meant they caught passing trade in both directions. She wondered if the churches vied for passersby, as well. Both buildings had seriously tall steeples, although she suspected one was slightly higher than the other.”

However, look past the superficial and dig a little deeper, and you’ll find the same sense of community in both places. People in the country care. They know their neighbors. Heck, they know most of the town.  Sometimes they know more about you than you’d prefer, and sometimes they’re not as nice as you’d like, but when times are tough, when sadness touches you, they’re at your door with a casserole and a pat on the shoulder, holding you up when you need it the most.

It’s why I love writing about small towns. What they might lack in facilities and sophistication they make up for with heart.  With my Harlequin Medical romance, Career Girl in the Country, Bundallagong is based loosely around the mining towns on the Western Australian coast where red dust permeates everything and a fly in/fly out population can make it tough for a sense of community to flourish. However, in typical country no-nonsense style, a solution is found in the shape of a community choir that brings women together.

In every one of my seventeen books, I’ve always had some sort of community event such as tennis tournaments, silent auctions to raise money for the RFDS, a desperate and dateless ball for the Red Cross, a drive-in in a paddock with the movie screen on a flat-bed, a Christmas nativity and BBQ in the dusty park…. You get the idea J

How do I create my towns? They’re usually a compilation of places I have been too. In Boomerang Bride, Hobin, Wisconsin is a compilation of the best parts of three small towns I lived in Wisconsin. The fun thing about creating a town is that I can plonk anything in it without upsetting anyone or having someone say, ‘you know, there isn’t a bar called the ‘The Spotted Cow’ in Port Hedland.  Mind you, I‘m stunned at how many times I get an idea for a town and then find out there’s a similar thing in a real town.  The wedding barn in Boomerang Bride was a great example of that.

I always have my camera with me and a note pad when we’re on holidays or driving in the country. Did you know there are hundreds of Creamery Lanes and Wattle Creeks in Australia?  I have a big photo file of country buildings and on my last holiday I fell in love with Northhampton in WA. Guess where my next book is set? In a town called Bulla Creek that looks a lot like Northhampton!

If you were creating a small town, what would you put in it?

Oh that’s a great question, Fiona! I love inventing towns and in Burning Lies I have Oakey Creek. It was wonderful filling it with people and landscape and buildings. Thanks so much for being a stellar guest and I look forward to hearing what other writers and readers love about small towns. 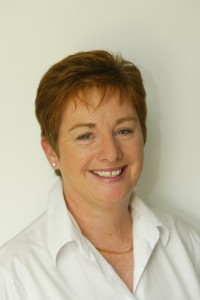 Fiona Lowe is an award-winning, multi-published author of romance fiction with Harlequin Mills & Boon and Carina Press.  When she’s not writing stories, she’s a weekend wife, a mother of two boys, and she’s trying really hard to instill in them heroic characteristics like cooking and ironing.  She’s an avid reader, a guardian of 80 rose bushes, attempts to stay fit and is often seen collapsed on the couch with a glass of wine.  This month she has two books out! Boomerang Bride and Career Girl in the Country.

13 thoughts on “Getting to the heart of it”