‘For Dolly, who, in the briefest of meetings, taught me the importance of being still.’

It’s not often you meet someone briefly who has a profound effect on you. I met Dolly on a fishing trip out of Darwin a few years ago.  Capt G and I were heading out with a charter company to celebrate his birthday. It was a small boat. There were eight would be hunter-gatherers, and two crew, burly men from the Top End, battle hardened by a life time at sea.

The gulf between the other travellers couldn’t have been greater. Three guests were from Melbourne – urbane, cultured and well off. The other three were elderly, two men and a woman, and they looked strapped for cash. The barefoot woman was Dolly. She was from one of the local aboriginal tribes on the coast west of Darwin.

One was a missionary and was married to Dolly. Like his wife he was quiet, a shy bob of the head was his greeting. His brother made up for his silence, proudly telling us that at eighty-nine he was delighted that he had a half brother he’d just discovered had grown up round the corner from him unaware they shared the same father. He had enough heart and presence for both of them. As the day wore on I realised that, to the others on board, Dolly seemed to be invisible. She automatically moved out of the way of others. She stood to one side, she smiled a lot, but she never met your eyes. She rarely spoke. She fished with a hand line, tucked in a corner of the deck out of the way, while the rest of us did battle with high-tech rods, roaming the deck for the best position.

I coaxed her to talk and although her English wasn’t strong we managed to talk about children and grandchildren and life in a small community.  She was clearly tired from standing, but initially refused a seat. With some cajoling and maneouvering from Capt G she joined me on a bench with a sideways glance at the others as though she was breaking some law by sitting on a white fella’s seat.

Eventually, mildly peeved with not catching anything, I asked her what I was doing wrong. She patted me on the shoulder with a hand that was knobbly and worn. ‘Be still,’ she said. ‘Just be still.’

And so I sat in silence beside her, took deeper slower breaths, kept my rod steady and listened to the world around me, conscious of her dark hair, shot with silver, lifting in the breeze. The bite took five minutes to come and the battle to bring the big fish aboard another ten and she stayed beside me clicking her tongue in encouragement. I will always think of that fish as Dolly’s fish.

The character of Rosie in Safe Harbour started with Dolly. She shares many of the traits of the wonderful Aboriginal and Torres Strait Island women who I’ve worked with over the years. Rosie also has elements of Dr Evelyn Scott an Aboriginal Elder I had the privilege to talk to on a flight from Cairns to Brisbane. Like Dolly, Rosie has a dignity that transcends poverty and difficult circumstances. Unlike Dolly, Rosie is secure in her place in a white fellas world.

I hope I’ve done the character of Rosie justice because whenever the world is going crazy, and that feeling that I’m unraveling is trying to surface, I think of Dolly.

And I remember to breathe, and be still. 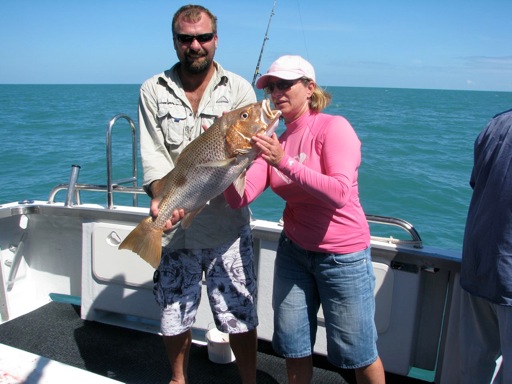 15 thoughts on “The Dedication for Safe Harbour”