It seems I am my father’s daughter… I don’t know whether my fascination with ships started with Dad being an engineer on oil tankers or whether it’s a genetic thing, but the older I get the worse it gets!

I was delighted to find a bulk sugar carrier in Mourilyan Harbour when we sailed through the entrance. I was even more delighted to find that it was leaving and another tanker was arriving which would necessitate the second vessel being ‘swung’ to bring it into dock. Oh, and did I mention there was a tug boat? For my money they are the sexiest little boats on the water. They have this cocky look about them that says they can outmuscle anyone – ‘punching above their weight’ every single time!

To add to my enjoyment heading north to Cairns we crossed the path of a US GOV destroyer and then followed a tanker up the channel to Cairns. The dredge, The Brisbane, also managed to cut us off and then start dredging in front of us. I’ve had the best couple of days. 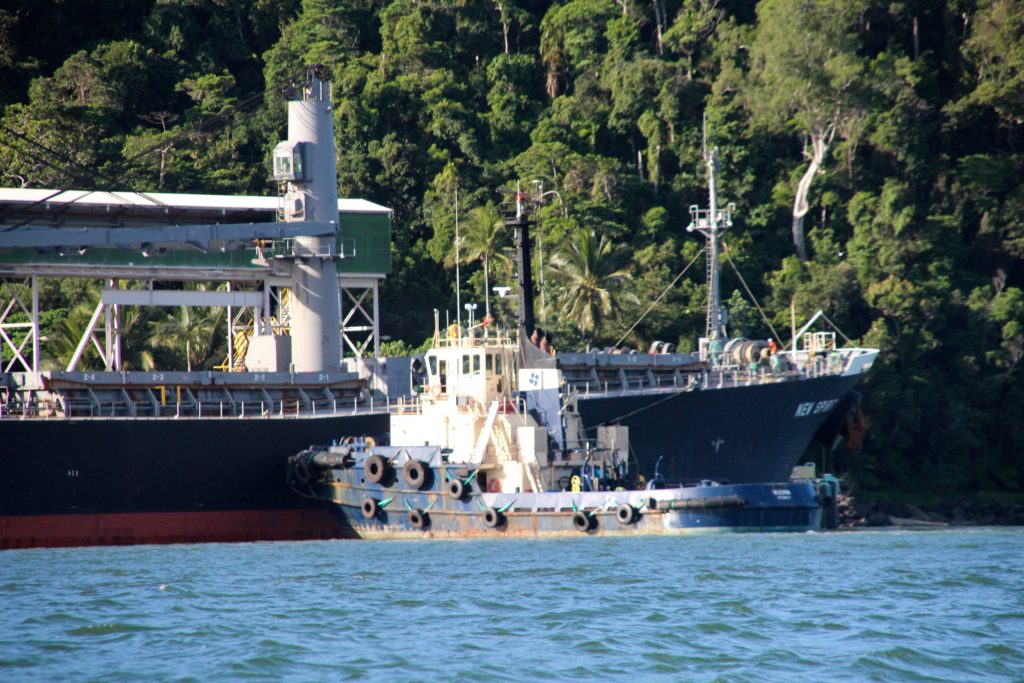 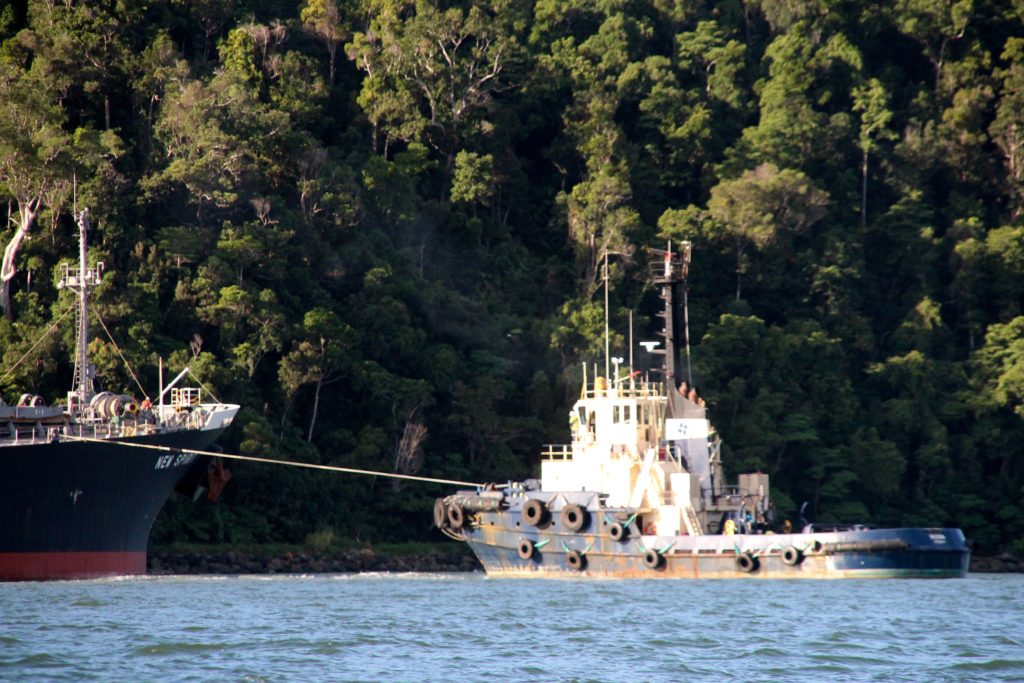 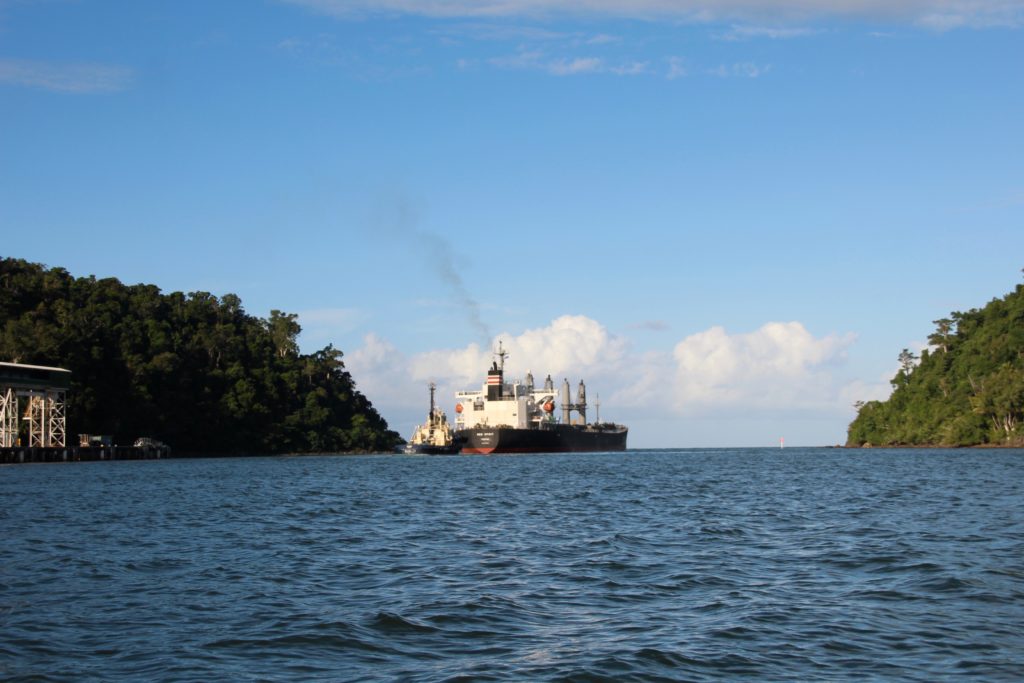 The New Spirit, laden down with North Qld Sugar, heading out to sea. 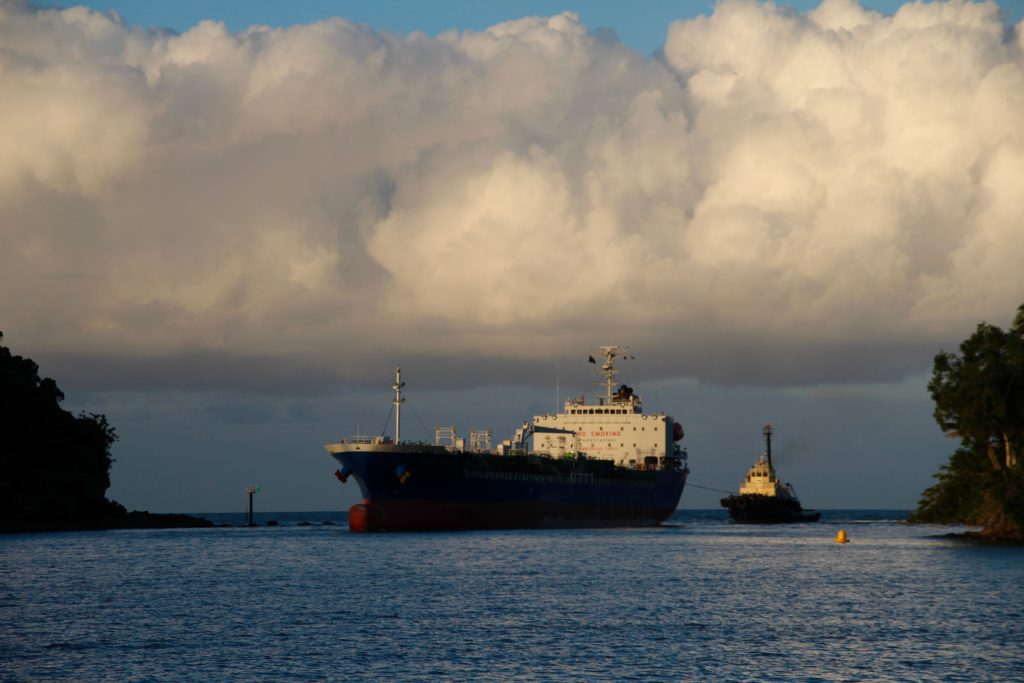 The Golden Harvest with that sexy little tug dancing attendance 🙂 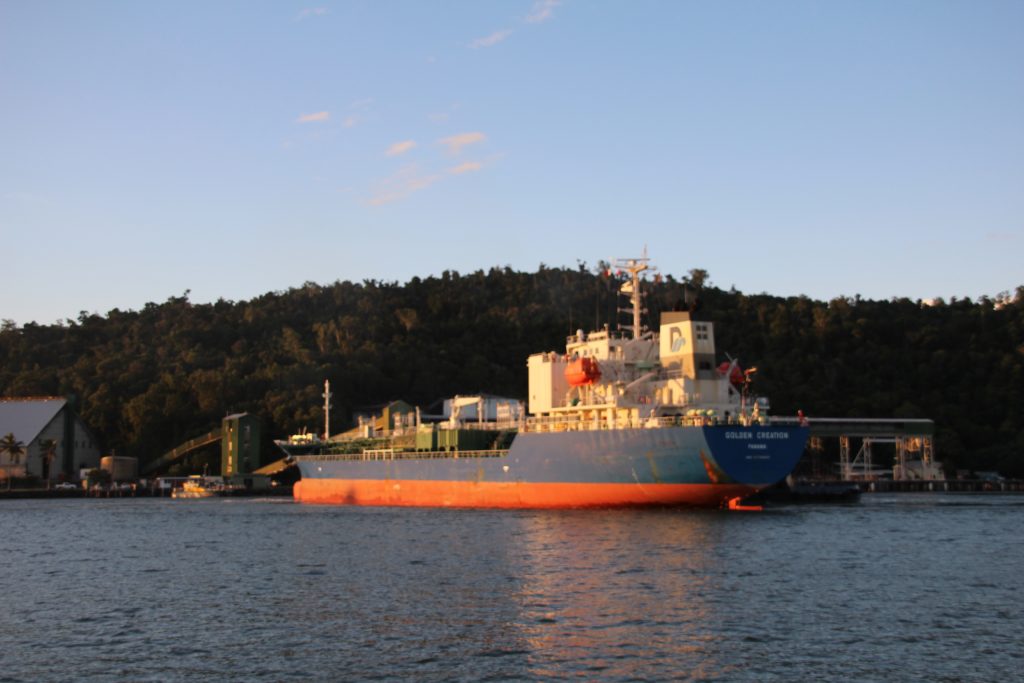 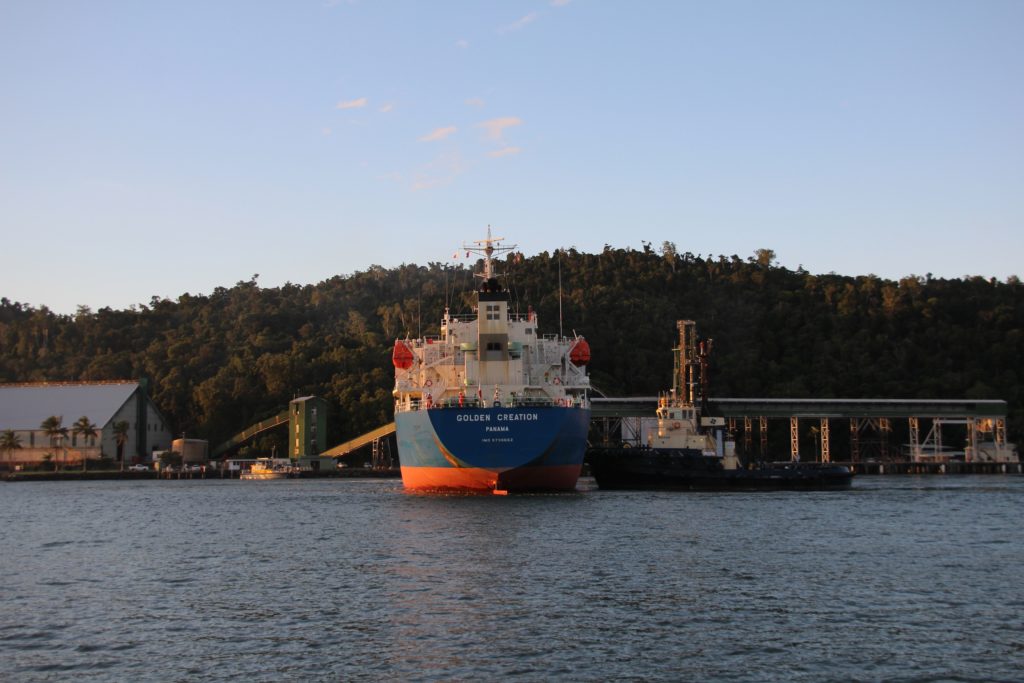 Half way through the swing 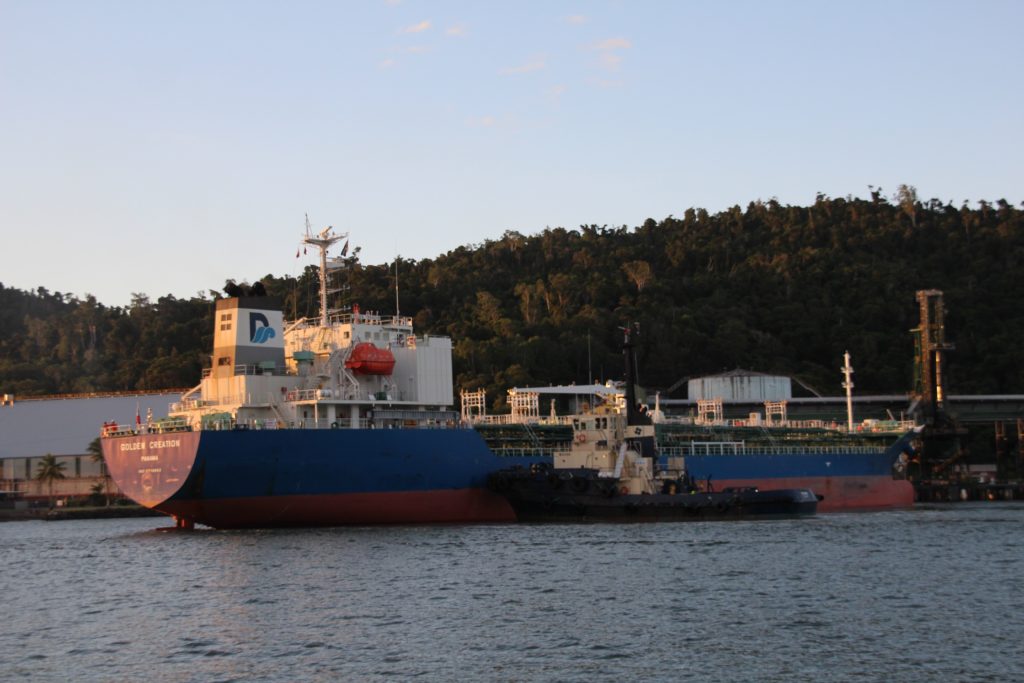 All over bar the shouting.