For eighteen years I looked down on Hinchinbrook Island from the cockpit of my Dash 8 as we flew between Cairns and Townsville and I marvelled at its moods. Quite often the skies would be clear accept for the thunderstorm brewing over the craggy island. Under the care of Captain Lyle Cook I joined a group as we climbed to the crash site of a Liberator Bomber, lost during the Second World War, and felt the prehistoric tug of this ancient wilderness. The human footprint is so small as to be invisible.

We’ve sailed the Hinchinbrook Channel twice before but this is the first time we’ve stayed a few days and explored. We took the dinghy up some of the creeks, looking for elusive crocodiles and marvelling at the resilience of the mangroves. The marks from Cyclone Yasi and Larry are obvious in the tall stands of trees that have been flattened and are yet to regenerate, but the damage isn’t widespread.

There’s so much more to be discovered yet and we’ll be back – it’s the perfect setting for a very tense thriller! 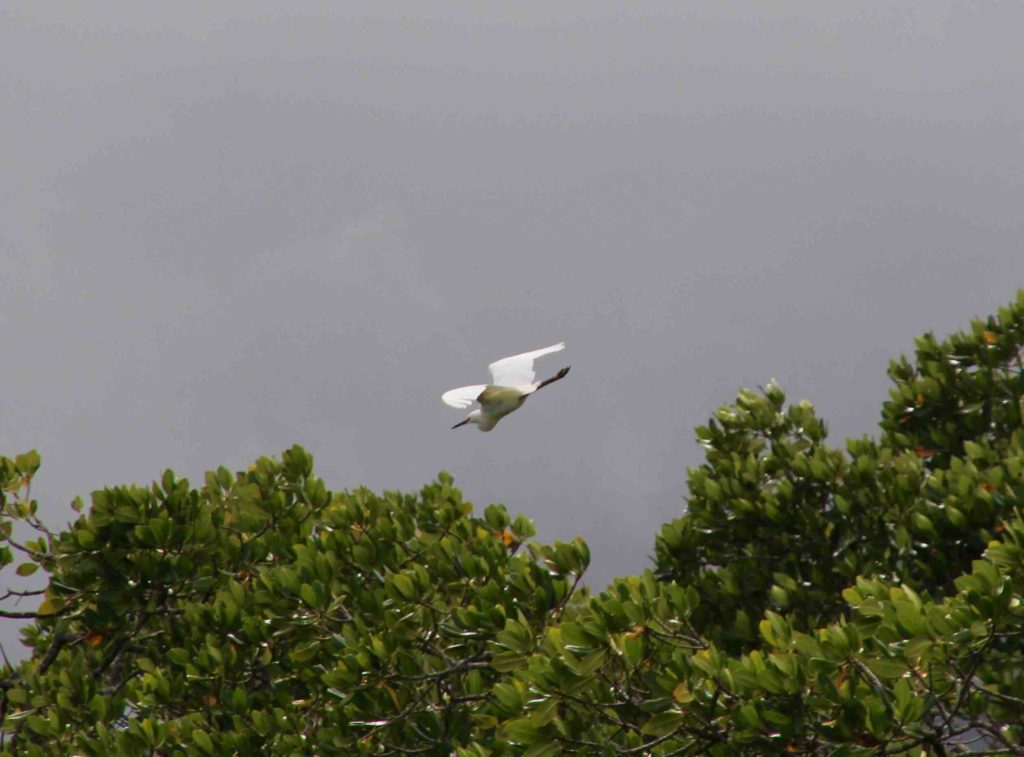 A heron in search of a perch 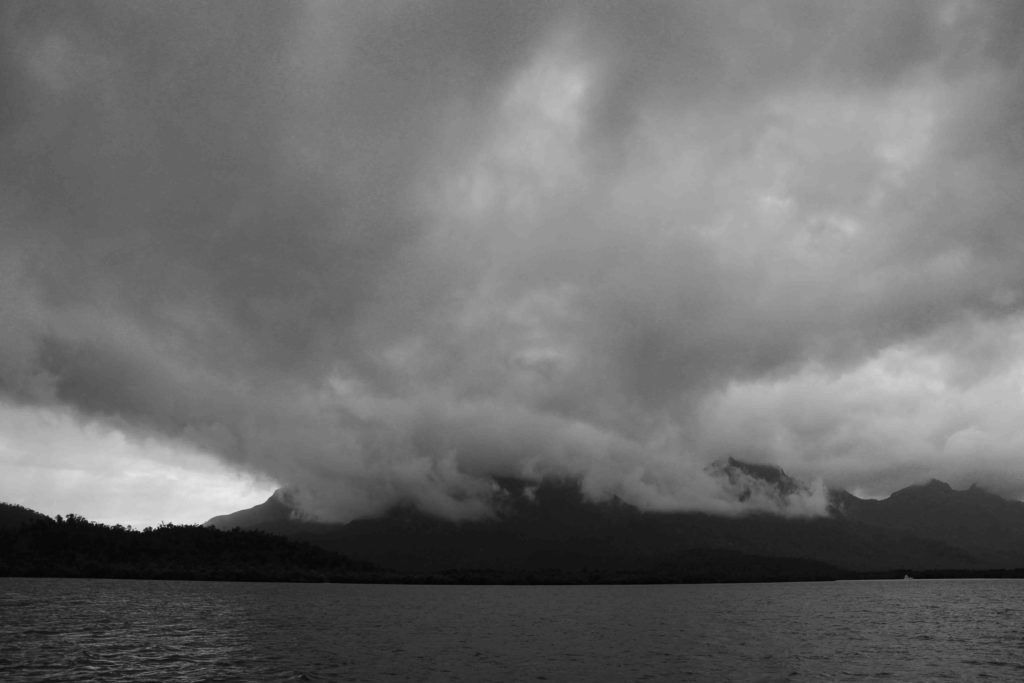 Moonset from the Haycock Island anchorage in Hinchinbrook Channel. 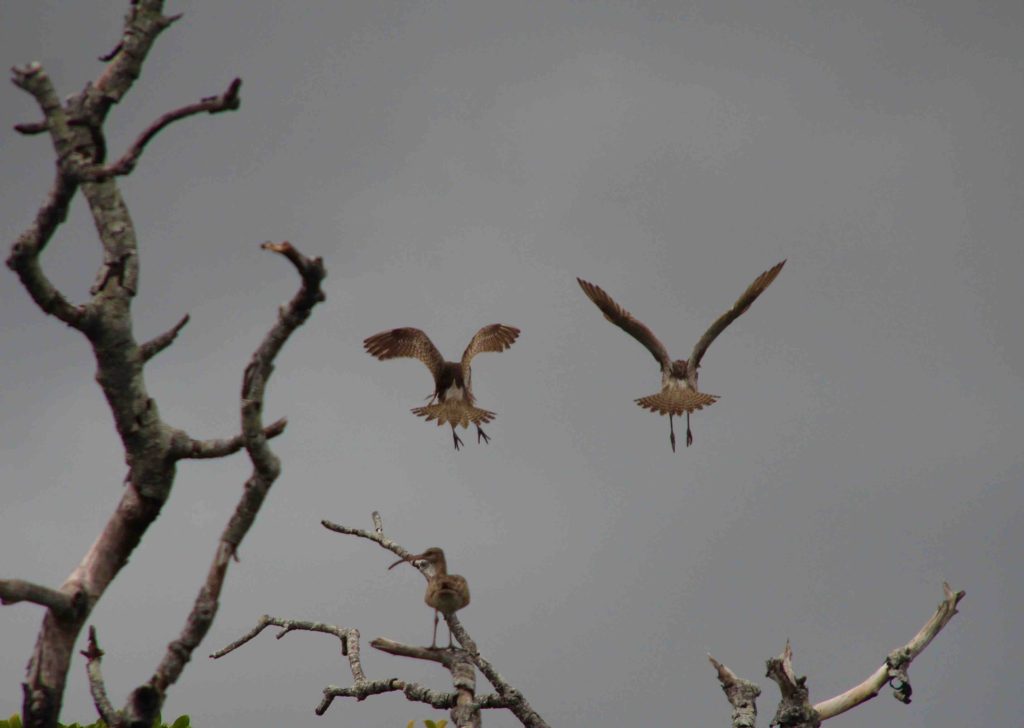 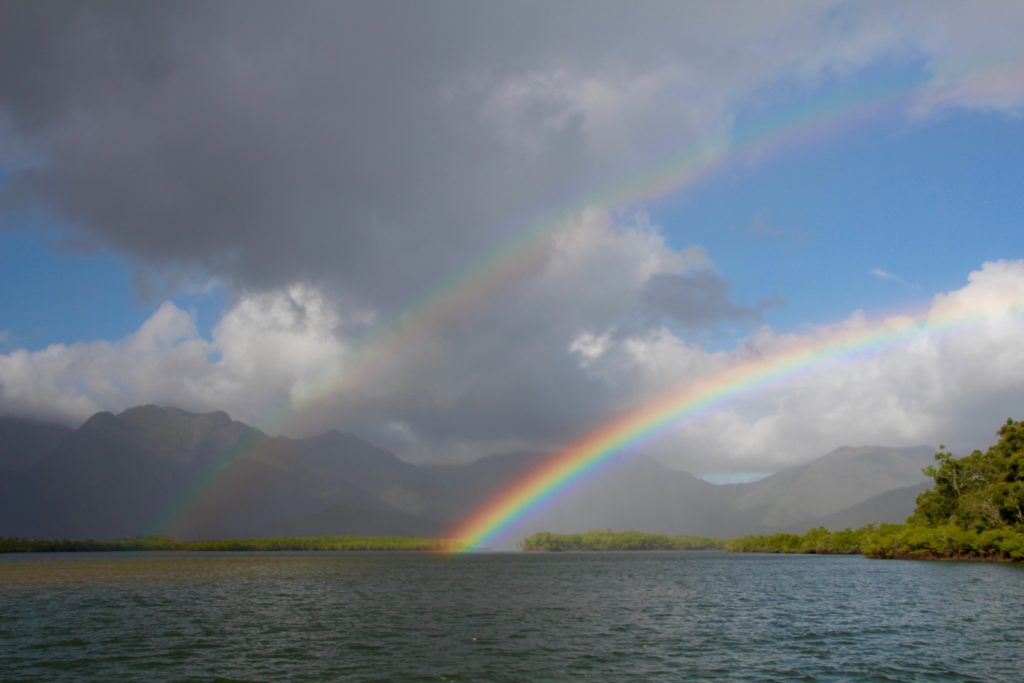 Nothing like a double rainbow to make me smile 🙂