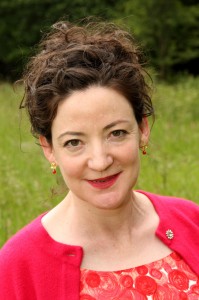 Today I welcome Monica McInerney to my corner of the web. I’ve been a devoted reader since I discovered one of her early stories, ‘Spin the Bottle,’ and now have a collection of her wonderful warm stories. She’s taken time out from her busy schedule to chat today.

Monica, congratulations on your 2011 Romantic Book of the Year (R*BY) nomination for ‘At Home with the Templetons’.  Also congratulations for being shortlisted for the ABIA again.

Thanks very much, Helene – and big congratulations to you on your R*BY nomination too!

Thanks, Monica – I’m a tad over-awed being on the same list as you and Dianne…

Tell us about ‘At Home with the Templetons.’ What was the inspiration for the story? It’s a sweeping saga that feels a little different to your other stories.

‘At Home with the Templetons’ is the story of two very different families – the seven Templetons from the UK and Australian artist Nina Donovan and her young son Tom – who come into each other’s orbit when the Templetons arrive seemingly out of nowhere to take up residence in a large mansion in the Victorian goldfields in the 1990s.

The inspiration was a real-life 19th century Georgian mansion called Martindale Hall, near my home town in the Clare Valley of South Australia. As a child, I loved visiting it, roaming around the big rooms and imagining what my life would be like if my family was to move in. Several years ago, I visited it again. All those childhood memories rushed back, planting the seed for the arrival of the Templetons in my imagination and eventually onto the page.

As with all my books, it’s a story about the dilemmas, dynamics and fun of family life, but it also explores sibling rivalry, motherhood, the power and the danger of jealousy, lies and secrets. I especially wanted to put a big, romantic story at the heart of it, following over twenty years the twists and turns of the relationship between Tom Donovan and Gracie, the youngest of the Templeton daughters.

You’ve captured the romance between Tom and Gracie perfectly!

You’ve had a wonderful varied career, but much of it was within the book industry. What drew you to books and storytelling? 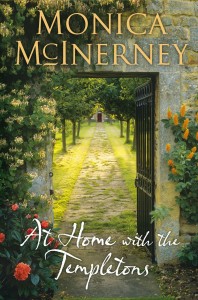 I’m sure it was a childhood filled with books and storytelling. I grew up as the middle of seven children in a big rambling house in Clare, SA. Dad was the railway stationmaster and we lived on the edge of town, by the station and across from the Clare hills, where we spent days roaming wild. Mum worked in the library and we had the run of that as well. It was an action-packed and noise-filled upbringing. We had visitors coming and going at all hours, plus the seven of us putting on concerts, writing our own family magazines, spending each mealtime crammed around the kitchen table trying to outdo each other with tales and jokes.

So from as early as I can remember, I was surrounded by people, stories, laughter, books, making our own entertainment. When it came time to leaving home, I gravitated toward work that could take in as many of those elements as possible. I worked in children’s television, local radio, behind the scenes in live music venues, in public relations and publishing. Eventually, once I had enough life experience to draw on, I started and then found I couldn’t stop writing my own stories. All my books have family settings, with plenty of comedy and drama, and I know that springs from my own background.

It sounds like you had a noisy and entertaining childhood! Your love of big families, and their dynamics, shines through in all your stories.

Are you a plotter or someone who’s taken on a journey by their characters? What do you enjoy most about storytelling and writing?

I write thousands of words and dozens of scenes as I get to know each of my characters and then I let the story twist and turn of its own accord. That’s my favourite part of the writing process, the close-to-magical feeling that takes over when the story begins to almost write itself. 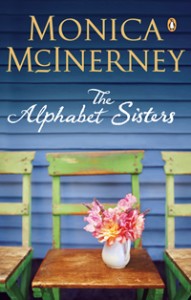 I loved the ‘Alphabet Sisters’, so I’m very excited ‘Lola’s Secret’ is being released in Australia in October 2011. What can you share about her story?

At the heart of ‘Lola’s Secret’, and of the family itself, is the matriarch, Irish-born Lola Quinlan, now 84. She takes centre-stage throughout, keeping a close eye on her family and friends as she plots to give them all a Christmas to remember. But it’s also a story of secrets, not just Lola’s, but a group of mystery guests she has invited to come to stay at the family motel for the festive season. I loved writing it, not only because it’s set in my home town of Clare in South Australia, but also because Lola is one of my favourite characters to write – she’s quick-witted, mischievous, warm-hearted, wise, and so loyal. It’s actually quite a different book for me, set over just three weeks rather than years, in one town rather than several countries, but I filled it with as much comedy, drama and emotion as I could.

I can’t wait to read it! Lola is such a wonderful character who stayed with me long after I finished reading.

You divide your time between Ireland and Australia, which gives you the best of both worlds! How do you think that affects your writing?

I feel spoilt to have two of the world’s best countries to call home, I must admit. My experience of moving back and forth between two countries for the past 20 years completely feeds into my books, I know. My characters are always being uprooted, having to make new lives on the other side of the world, try out new experiences, be challenged or changed. Switching cities and countries and hemispheres opens up so much possibility in real life and also fiction.

What advice do you have for new writers?

Lovely, thank you, a couple of new authors to add to my list.

The Sound of Music. I love everything in it: the big family, the big romantic plot, the big songs, the big scenery… I feel like I’ve seen it a thousand times. I probably have – as a child, it seemed to be on TV just about every week. The nine of us used to crowd into our lounge room, Mum and Dad in the two armchairs, the rest of us squeezed onto the couch, or lying on the floor, draped across the coffee table, wherever we could bag a spot. We kids knew it all off by heart. We’d shout out the lines, sing along, stand up and act out the farewell scene at the gala ball, pretend to hide behind the gravestones in the scary convent bit, cringe and groan at the smoochy bits. I love watching it now too, for the childhood memories it brings back, and for the sheer drama, fun and romance of the story. Also, I never realized as a child just how handsome Christopher Plummer was. I now know why Mum never minded watching it again and again. 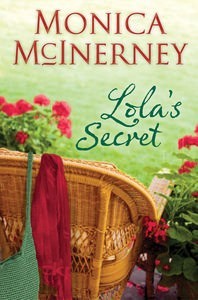 When I’m writing a male character’s scenes, I often find myself listening to lots of male singer songwriters – lately Irish musicians like Damien Rice and the Villagers. Their songs remind me that men feel emotions as strongly as women, that their hearts break too, that they feel all the hurts and joys that women do.

At the end of a novel, when it is nearing celebration time after months of being locked away writing and rewriting, I love blasting out songs from my iTunes playlist at random – everything from Simple Minds, Kate Bush, Elvis Costello, Gomez, the wonderful world music compilation 1 Giant Leap, whatever comes up, all played as loud as possible as I gleefully shred the dozens of drafts that have accumulated around my desk in the previous 12 months.

Oh that’s such a wonderful image of you manically shredding the drafts as the whole house rocks with music!

In Ireland, it’s toast and Vegemite (which is miraculously readily available here in supermarkets.) When I’m home in Australia, pasties with sauce. I wish I could have one now.

You can buy Vegemite in Ireland? I knew they were wise folk!

Wherever my family is.

How wonderful! I’m sure they all miss you whenever you’re on the other side of the world!

Monica, thanks for taking time out to answer my questions.

I hope you’ve all enjoyed chatting with Monica as much as I have. Do you have a favourite character from her stories? To celebrate the imminent release of ‘Lola’s Secret,’ (the story of one of my favourite characters) I’m giving away an e-book copy of ‘The Alphabet Sisters.’

Leave a comment or send me an email via the contact form telling me who that character is and why they stayed with you long after you finished reading and you’ll go into the running to win the e-book! I’ll announce the winner on Monday 8th August.

Australian-born Monica McInerney is the author of the best-selling novels At Home with the Templetons, Those Faraday Girls (The Faraday Girls in the USA), Family Baggage, The Alphabet Sisters, Spin the Bottle(Greetings from Somewhere Elsein the USA), Upside Down Inside Out and A Taste for It, and a short story collection All Together Now, published internationally and in translation. Her articles and short stories have appeared in newspapers, magazines and anthologies in Australia, the UK and Ireland. At Home with the Templetons was a number 1 best-seller in Australia and was shortlisted for the Eason Popular Fiction Award in the 2010 Irish Book Awards. Those Faraday Girls won the General Fiction Book of the Year at the 2008 Australian Book Industry Awards. All Together Now was shortlisted in the same category in the 2009 Australian Book Industry Awards.

In 2006, Monica was the main ambassador for the Australian Government’s Books Alive national reading campaign, for which she wrote a limited edition novella calledOdd One Out.

Monica, 46, grew up in a family of seven children in the Clare Valley wine region of South Australia, where her father was the railway stationmaster and her mother worked in the local library. Since then Monica has lived all around Australia (in Adelaide, Sydney, Melbourne and Hobart) in Ireland (in County Meath and Dublin) and in London and also travelled widely.

She was a book publicist for ten years, working in Ireland and Australia and promoting authors such as Roald Dahl, Tim Winton, Edna O’Brien and Max Fatchen and events such as the Dublin International Writers’ Festival.

She has also worked as an event manager and organiser of tourism festivals in the Clare Valley; as a freelance writer/editor and in arts marketing in South Australia; a public relations consultant in Tasmania; a record company press officer in Sydney; a barmaid in an Irish music pub in London and as a temp, grapepicker, hotel cleaner, kindergym instructor and waitress. Her first job out of school as a 17-year-old was as wardrobe girl (and later scriptwriter) for the children’s TV show Here’s Humphrey at Channel 9 in Adelaide. She is now a full-time writer.

For the past twenty years she and her Irish husband have been moving back and forth between Australia and Ireland. They currently live in Dublin.

9 thoughts on “At Home with Monica McInerney”