A strong wind warning was still in place today so we stayed hangin’ on the anchor chain for the day, dancing in the wind and the tide. Funniest moment was GW hooking the rubber ducky with his lure in his attempts to catch dinner as we spun in a wild gust. (We ate pasta instead, but don’t tell him I told you!). We had more visits from dolphins, a couple of curious pelicans and an ageing turtle surfaced to breathe, startling Zeus from his snooze. 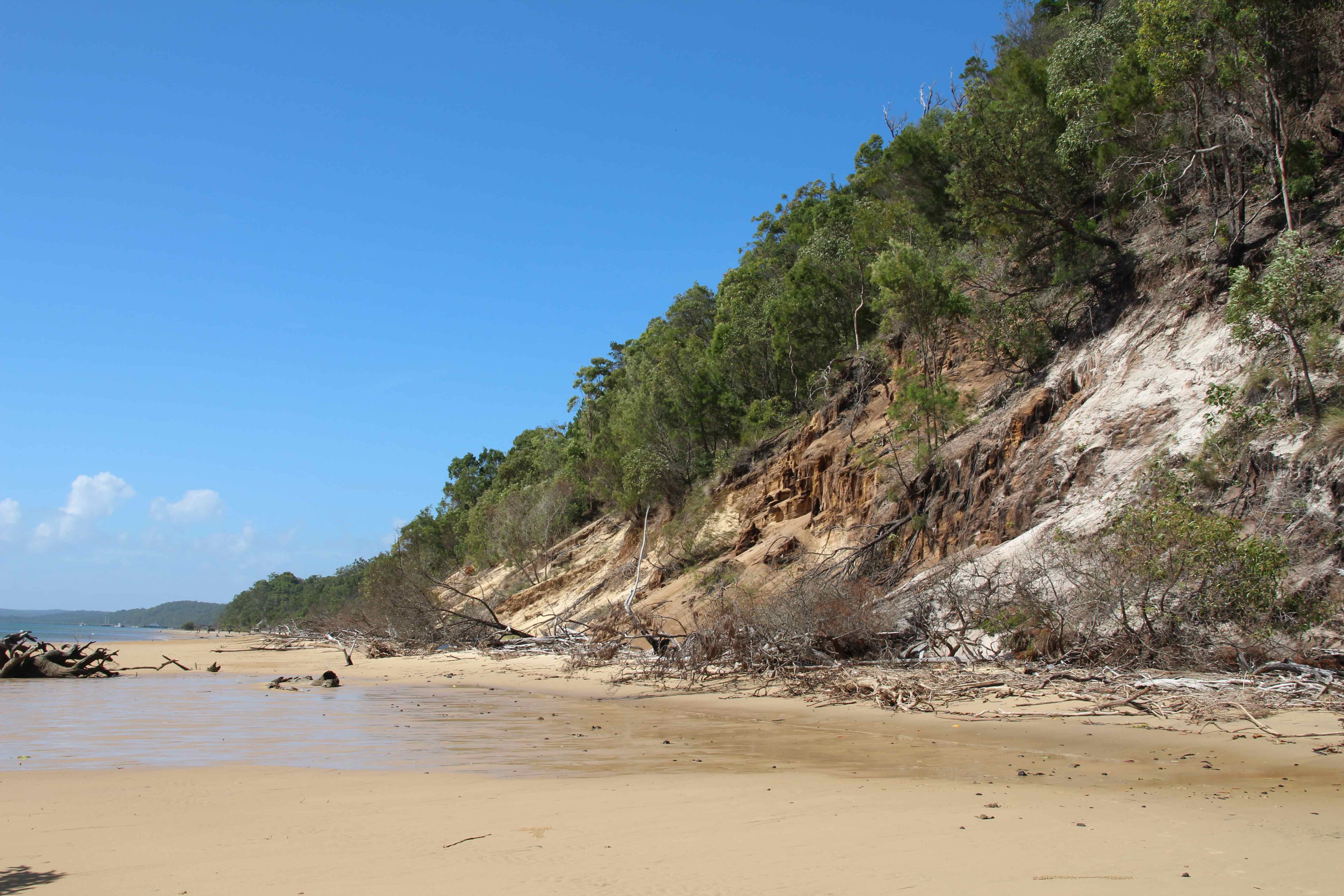 The western side of Fraser Island has a different charm to its more boisterous eastern half. The colours of the sand, the tenacious mangroves and the gnarled weathered trees seem more ancient and mysterious. The spirit of the land feels more powerful here and the isolation adds to its mystique. 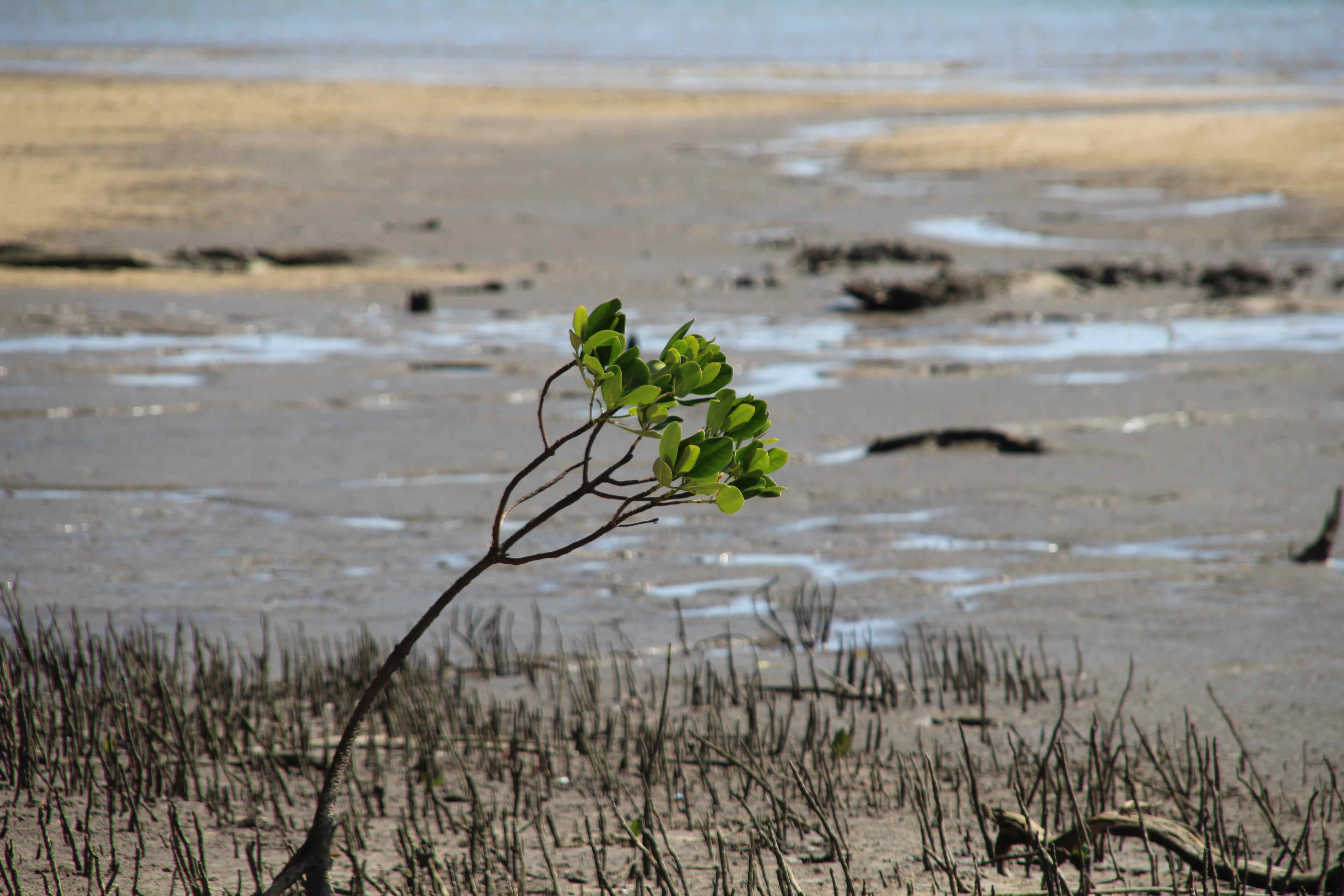 No sunset tonight. The clouds were scudding fast and the sun slunk behind the hills, sullen and grey. Tomorrow we’ll head north again with an early start, hoping to catch a lift with the outgoing tide. It’s been a day of recharging batteries, and not just for Roo Bin Esque, but adventure is calling. 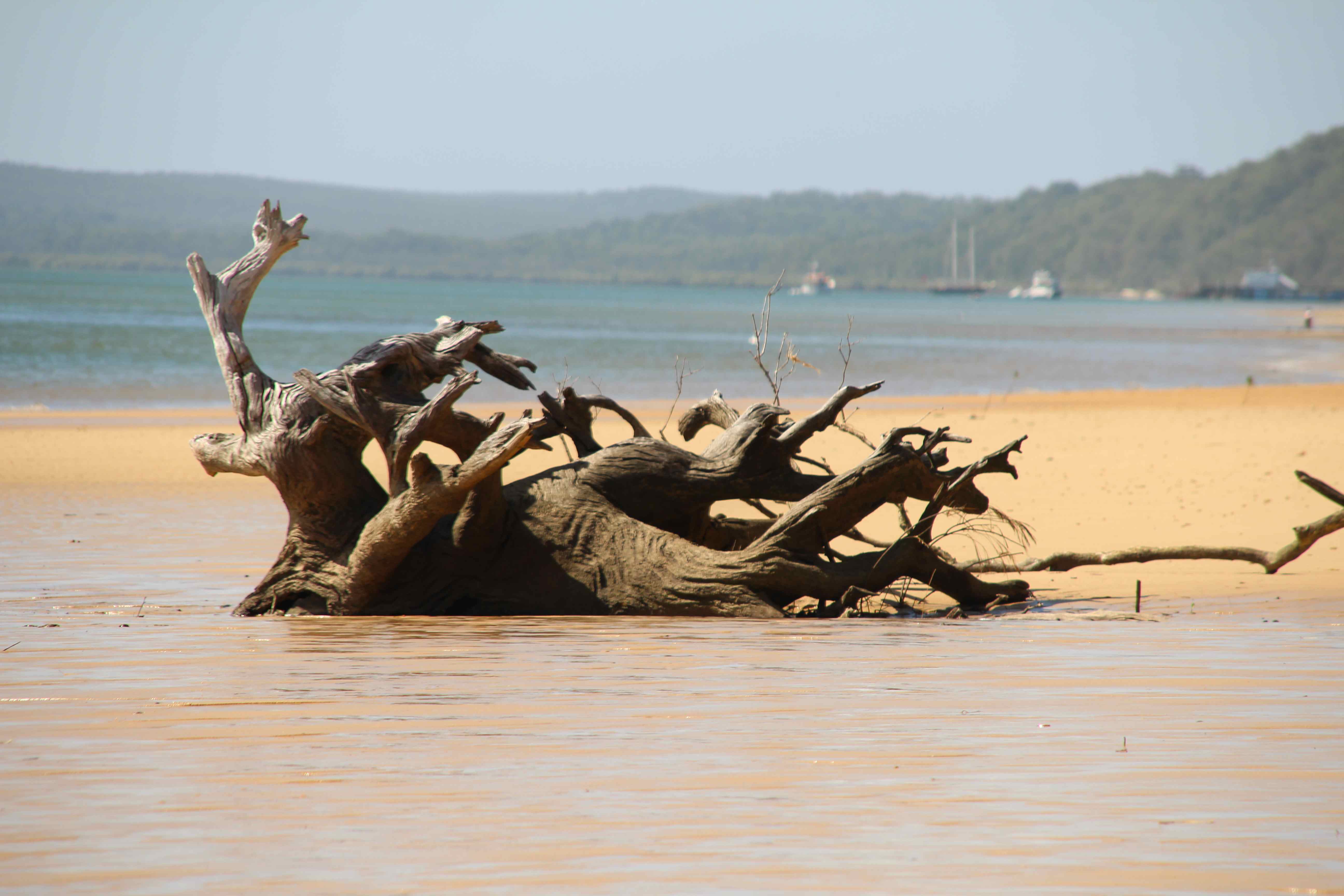 Driftwood on western side of Fraser Island