Today’s journey from Tin Can Bay through to South White Cliffs took us along the western side of Fraser Island and through an area called the Sheridan Flats. As the tides in the area run around 2 -3 knots we left early to catch the out going tide from Tin Can Bay then dropped anchor at Snout Point. Just after lunch we set off again with the incoming tide and had a lovely run through the channel – without hitting any sandbanks! This is our fifth trip through the Great Sandy Strait but the beauty is still breathtaking.

For those of you who haven’t visited Fraser Island you should put it on your travel itinerary. It’s the largest sand island in the world and thanks to a lot of hard work by passionate people it’s been protected as a world heritage site since 1992. The eastern beaches are superb, if a little busy with four-wheel drive traffic at low tide. The western side is a little less well traveled with areas of dense mangroves and eucalyptus forests that grow right to the water’s edge leaving nowhere for vehicles. Dingoes are perhaps the best known wildlife on the island and sadly get a bad rap… The island supports an enormous diversity of habitats from rocky headlands, to sand lakes, to beaches and forests. The fishing I’m told is sublime – not that we’ve had any success…

We’ll probably stay here for a couple of days so I can write and Graham can pursue those elusive fish. I think I can live with the view. (And as internet is patchy at best I’ll have no excuse to be procrastinating on social media!) 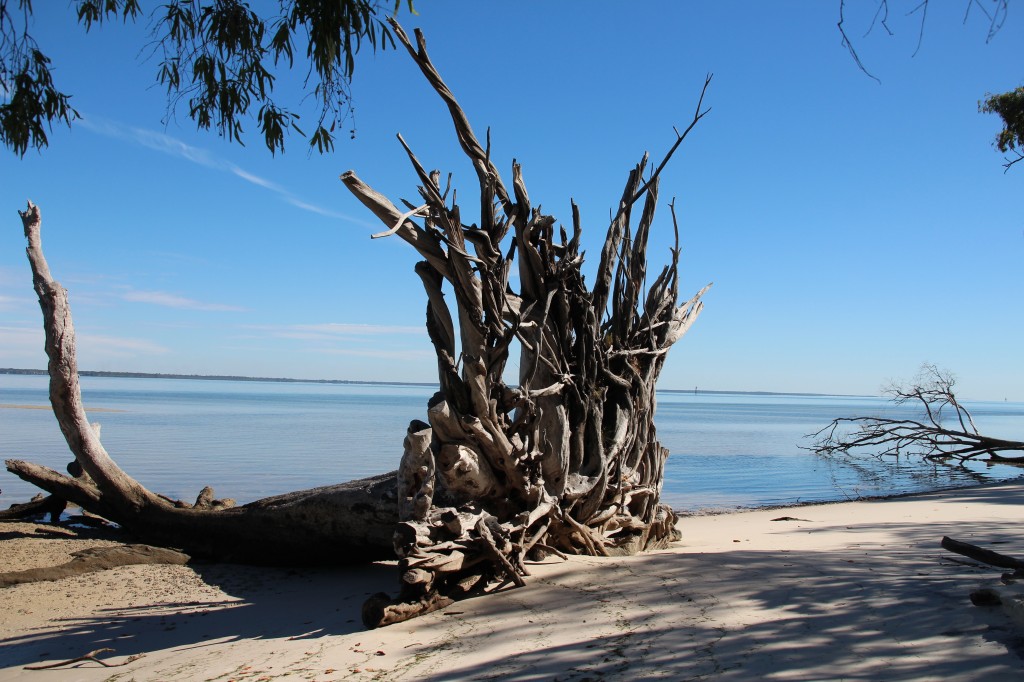 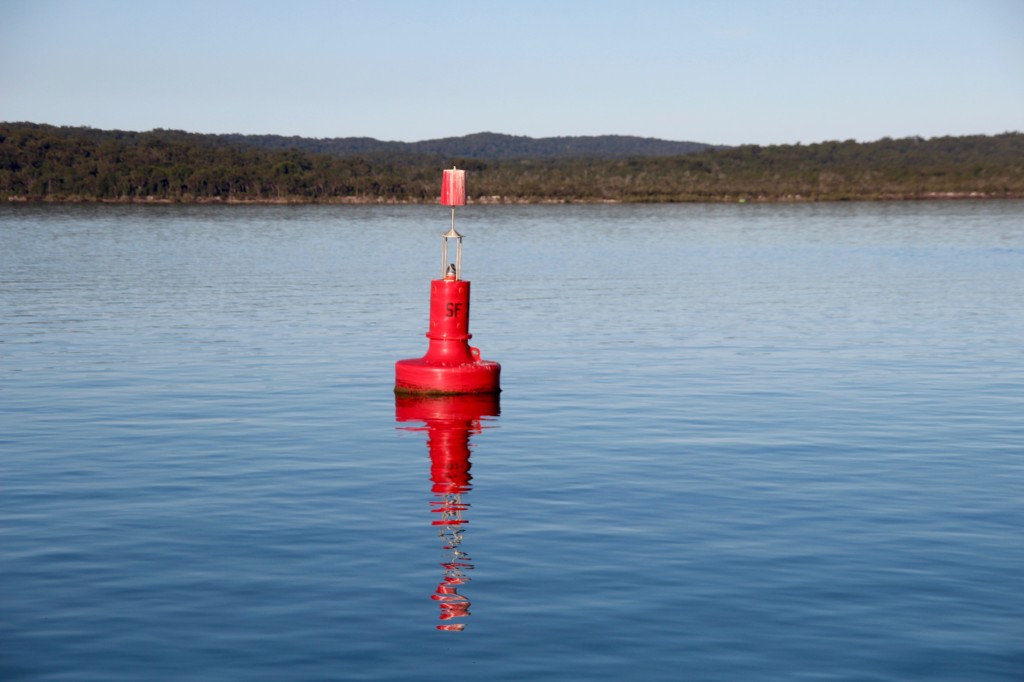 Reflections of a port marker 🙂 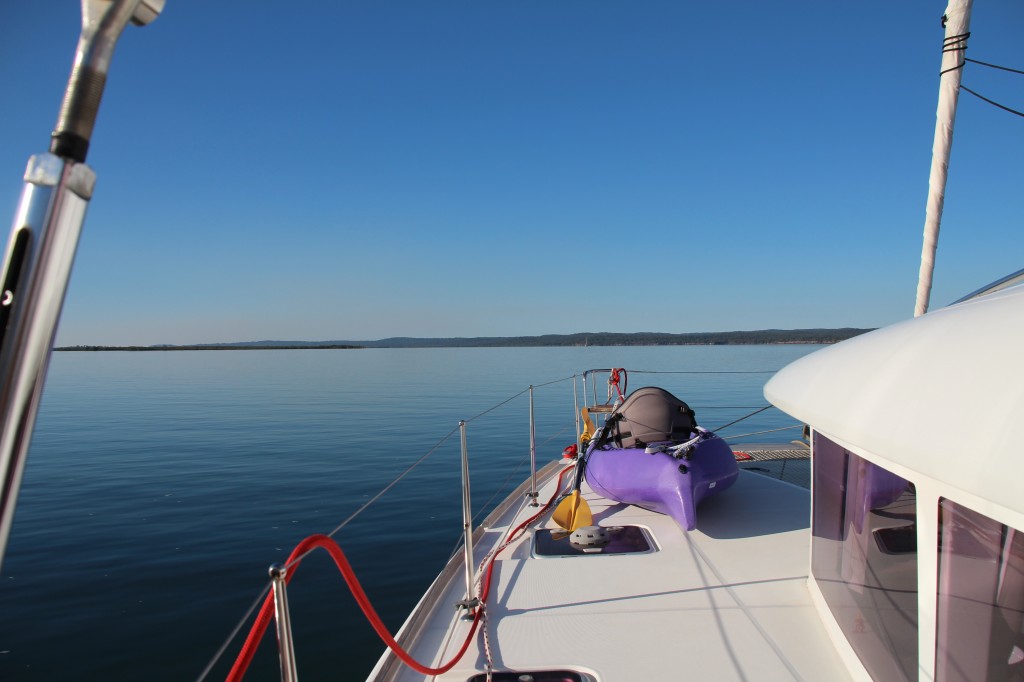 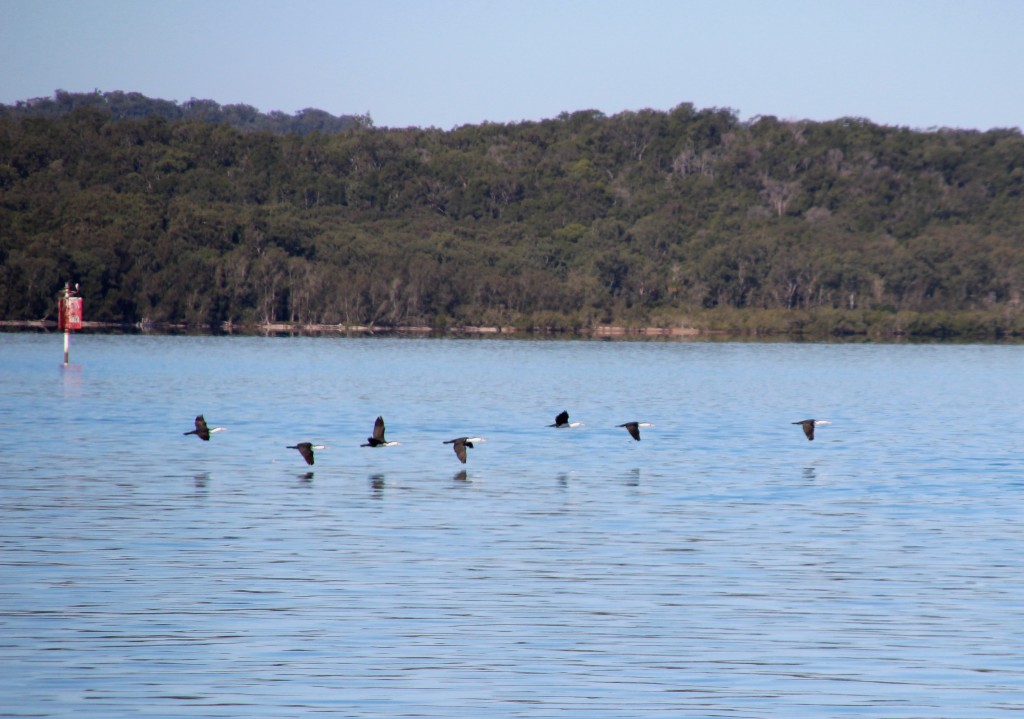 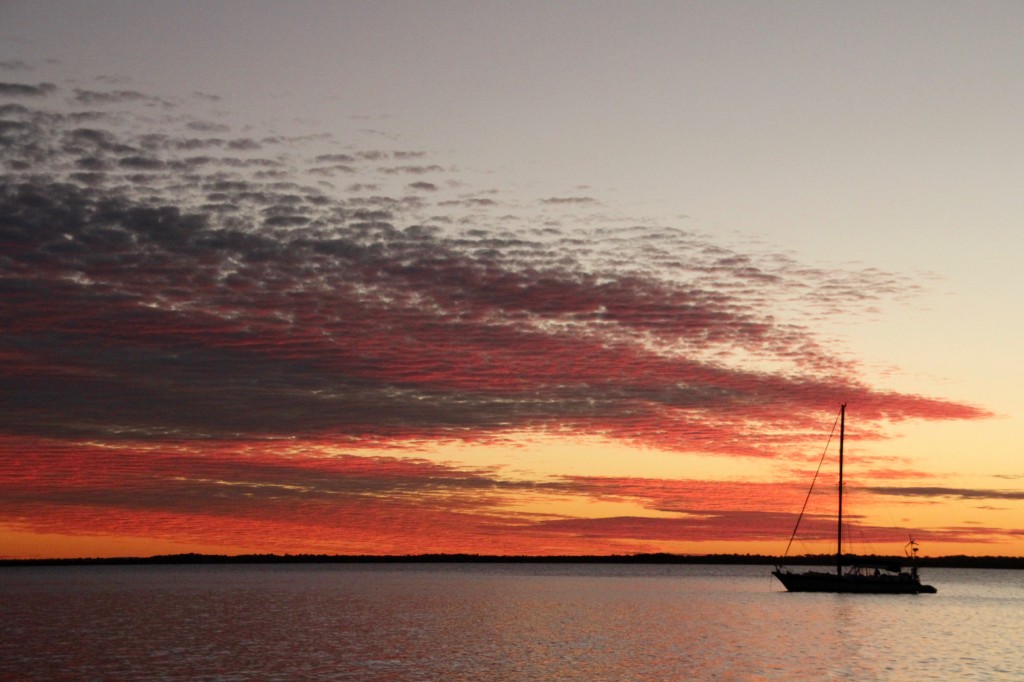 2 thoughts on “Through the Sheridan Flats”