We had a delightful sail from Horseshoe Bay to Orpheus Island – although I lost count of the sail changes as the wind was up and down. When it reached 17 knots in a rush, and we still had our beautiful pink spinnaker up, I think we were both a little concerned we were headed for disaster! Thankfully the sock worked and the spinnaker’s back in the sail locker for lighter winds 🙂

We’re now swinging on a mooring buoy in Pioneer Bay and enjoying a peaceful anchorage with one other catamaran. It was an easy paddle ashore in the kayaks for a spot of beach combing. Some of the coral that had been washed up looked too delicate to be anything other than lace.

We then headed across the bay to check out the mooring on the other side. Half way across the conversation went like this:

By now I too have seen the large black fin aiming for him with a cloud of fish leaping clear of the water ahead of it. Graham was back paddling by then to get out of its way and I was still trying to catch up, but it swerved away at the last moment. It’s the closet we’ve been to shark in a while! We stayed together after that, figuring that if the shark was hungry the two kayaks would look too large to be worth eating 🙂

Tomorrow the plan is to go snorkelling – but at low tide when the sharks aren’t feeding! 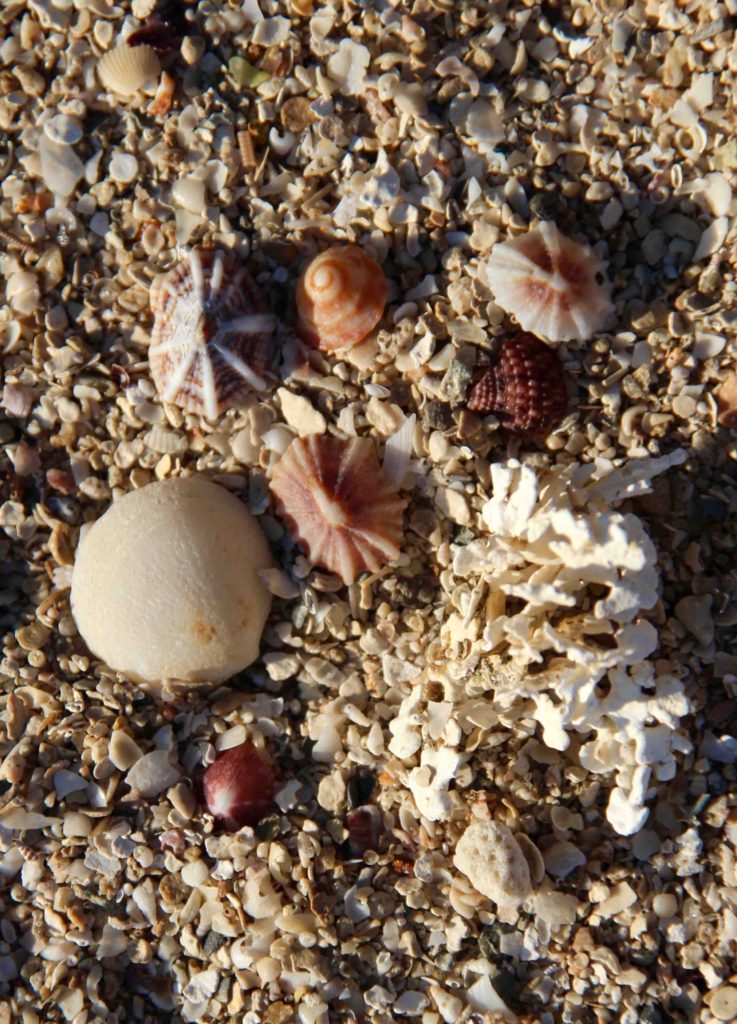 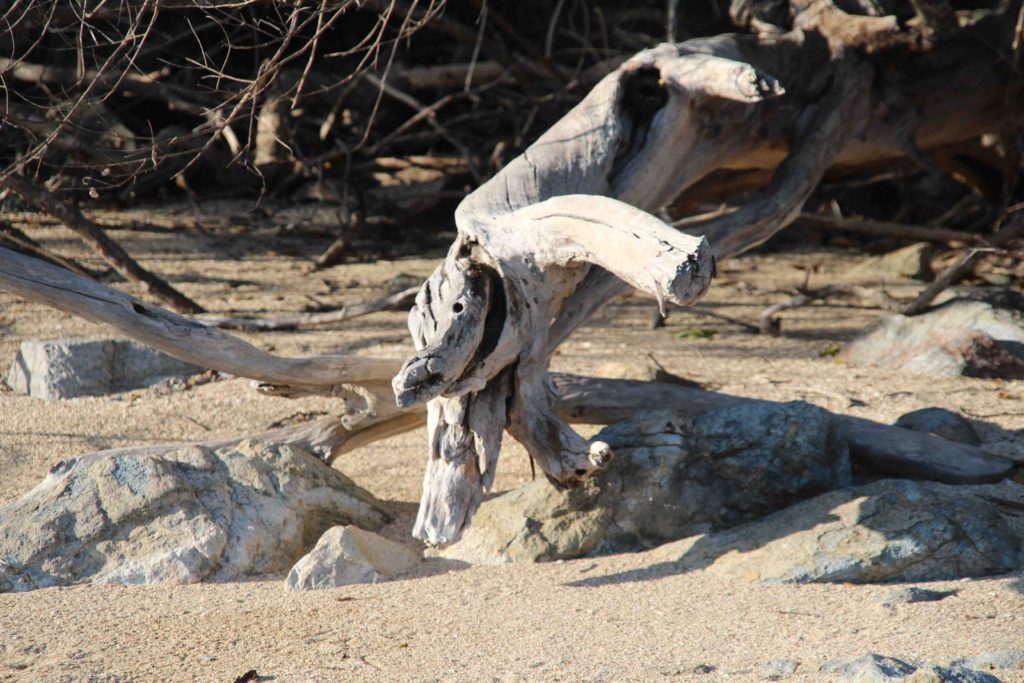 Croc on a tree? 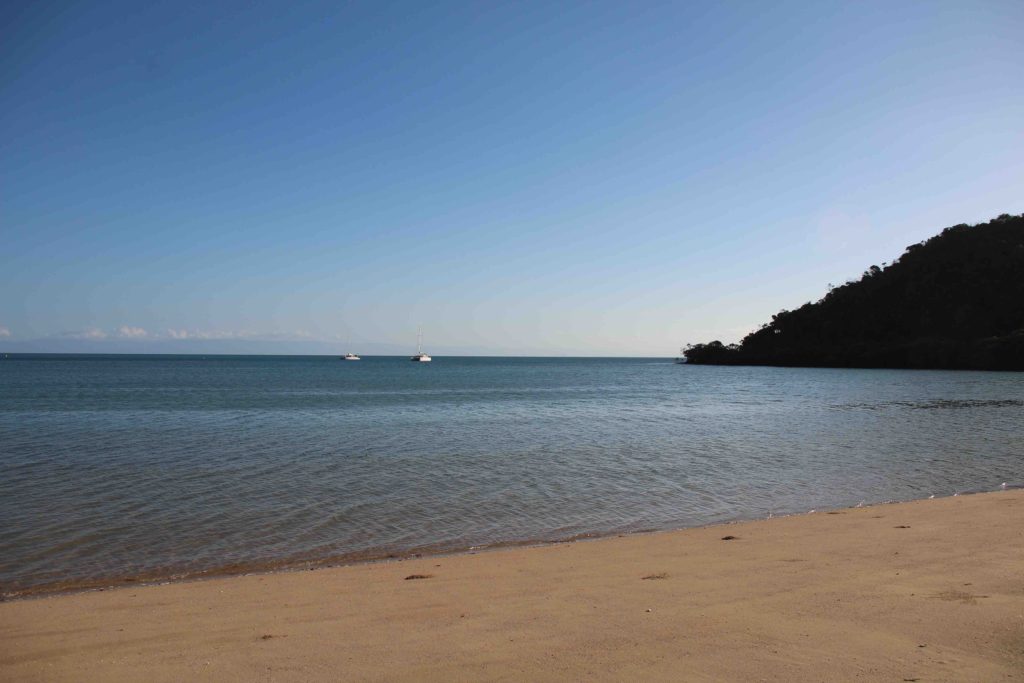 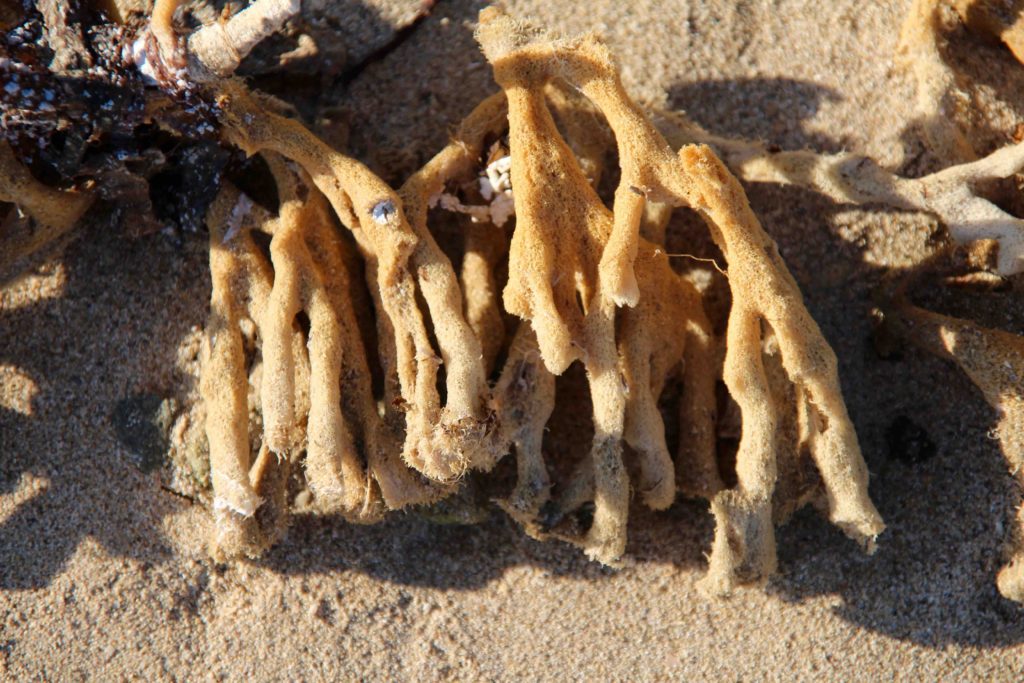 Branching coral – even dried out it still has charm. 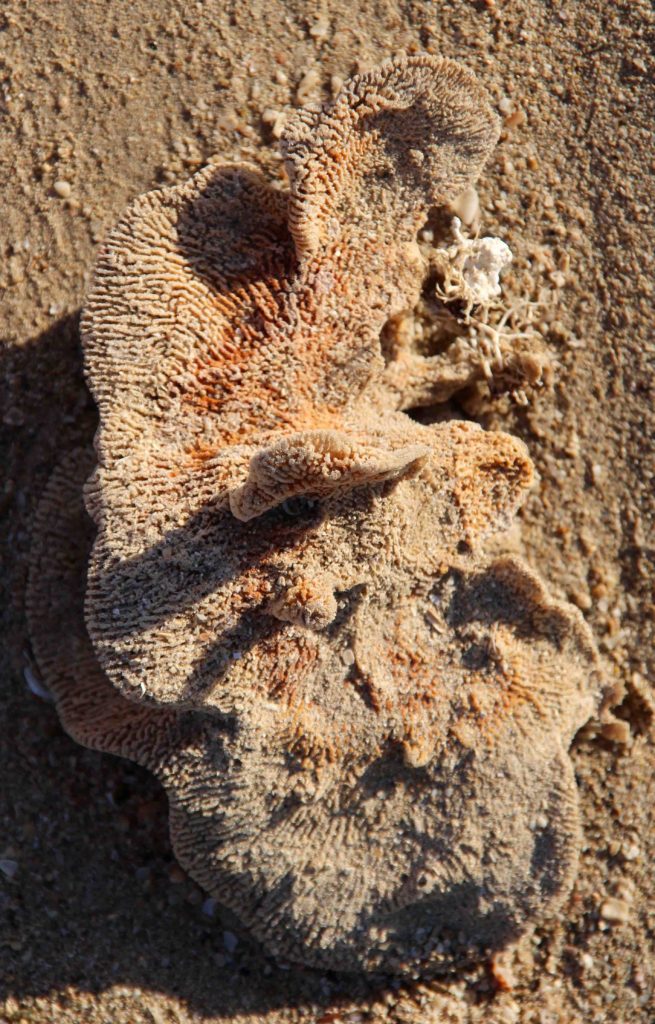 The textures on this plate coral are remarkable. 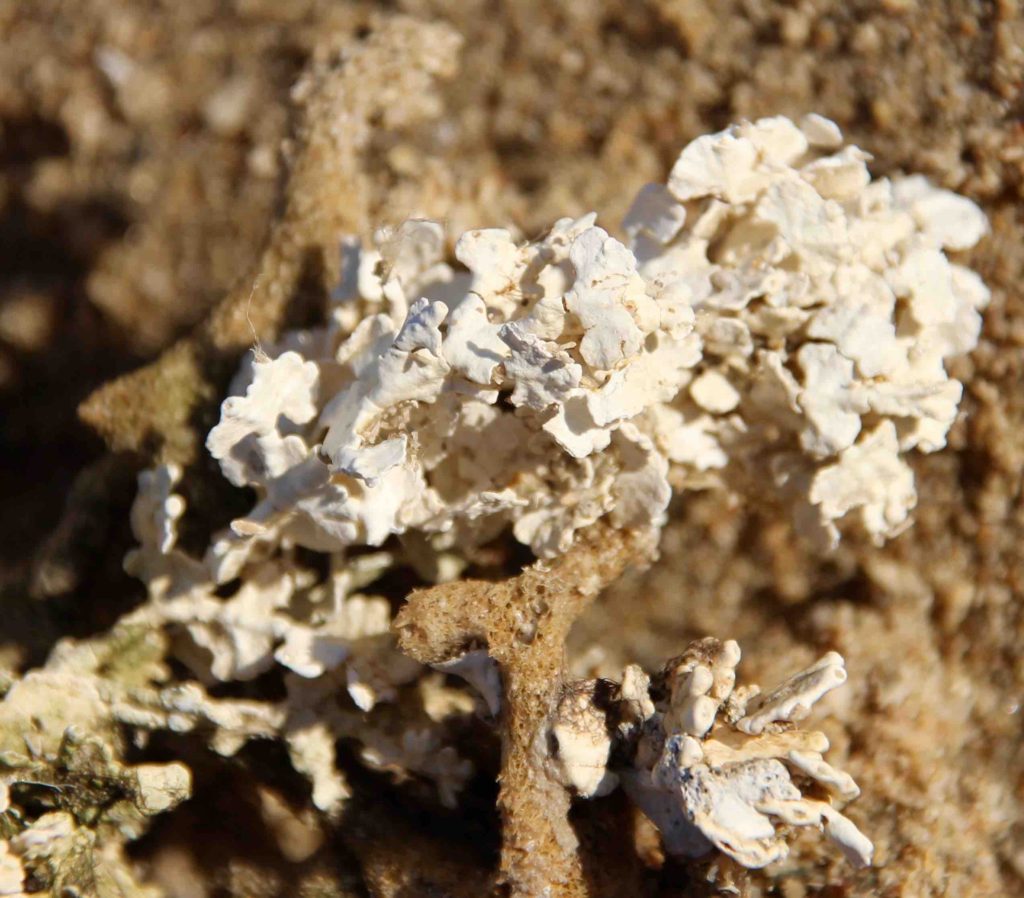 My favourite – if you look closely it could be a skeleton, but from the distance it reminds me of a lace doily.