Long after a cyclone or a natural disaster the devastation still remains. Yasi’s destruction has been all but forgotten except by those who are still rebuilding their lives. The rest of us move on.

I spoke to a woman recently who said she lived at Mission Beach. ‘How are you doing?’ I asked, thinking she’d be over the worst of it by now.

‘Fine,’ she said. ‘We’ve just moved for the fourth time and we’re in a demountable now so that’s better.’

‘Yeah, we’re been in tents, then caravans so this is good.’

‘It’s trashed. Insurance will never cover the full cost of rebuilding’ She shrugged. ‘We’ll probably have to sell the land. We don’t have money to rebuild and we still owe the bank.’

This morning when I went for a walk on the beach a large chunk of pontoon had washed up on Trinity. It’s an ugly reminder that while we’ve all got on with our lives the immense damage to property and, most importantly, people is a long way from being repaired. 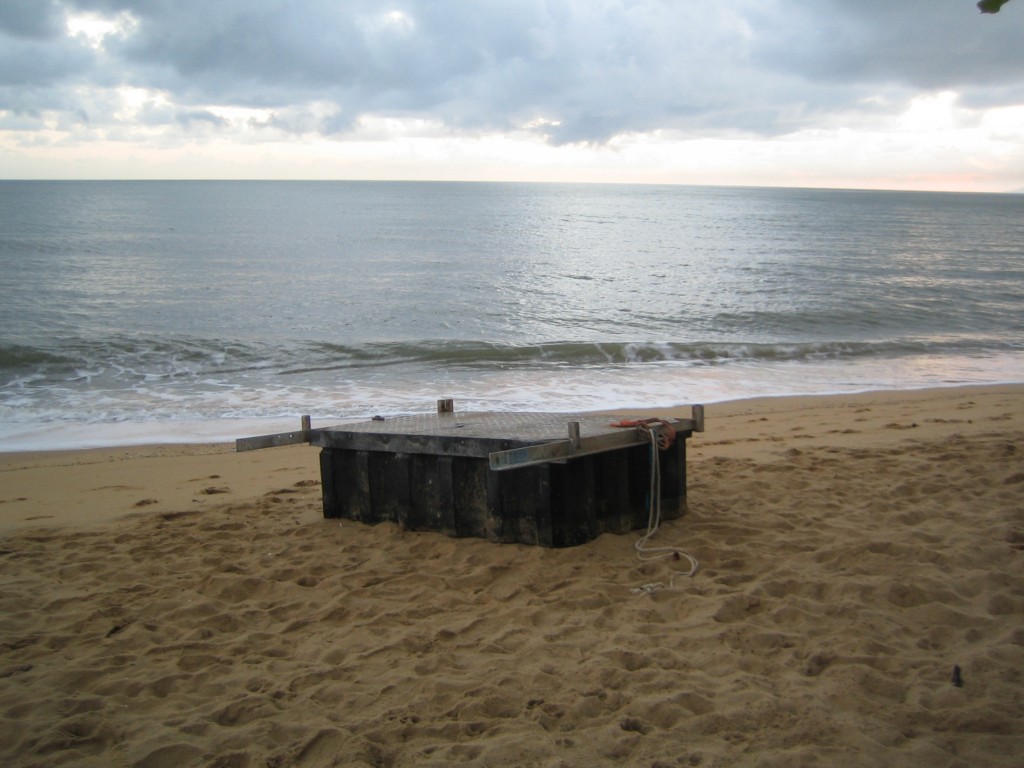